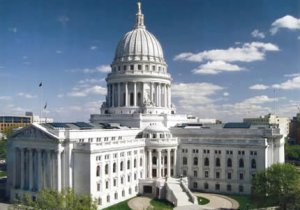 The Wisconsin Senate has passed Senator Pam Galloway’s (R – Wausau) Carry Bill SB93 despite a flurry of last minute amendments offered by Senate Democrats.  Among other things, the amendments would have significantly weakened the resulting bill by greatly increasing the number of locations off-limits to those with a carry permit.

But perhaps most egregious from my perspective, Senators Erpenbach (D – Middleton) and Risser (D – Madison) offered an amendment to bring open carry, long-held to be a right under the Wisconsin state constitution, under the auspices of the new law such that unlicensed open carry would no longer be legal.

It was also Senators Erpenbach  and Risser who introduced the amendment that would have created a minefield of off-limits places for permit-holders while an amendment by Senator Carpenter (D – Milwaukee) would have then transformed a violation of the carry statute from a Class A Misdemeanor to a Class H Felony with a mandatory 3 year sentence.

Under Senators Erpenbach and Risser’s amendment, the places you would not have been able to carry would have included:

In the final vote, the bill easily passed 25 – 8 with six Democrats bravely crossing the aisle to vote for the civil rights of all Wisconsin citizens.  Wisconsin voters will do well to remember the vote breakdown below when it comes time to contribute time and money in the next election cycle. 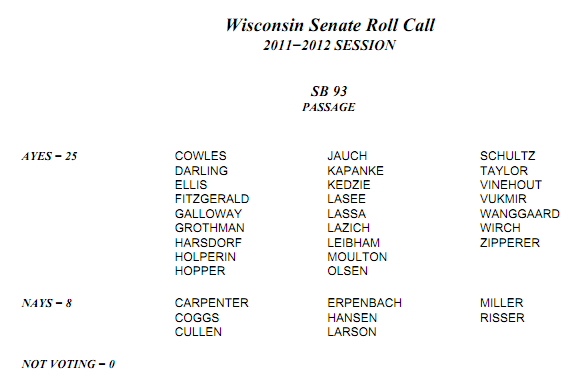 The bill now moves on the the Assembly where it will be first heard in the Rules Committee as early as later this week.

In addition, his open carry advocacy has been featured on Nightline and The Daily Show With Jon Stewart.
View all posts by John Pierce →
This entry was posted in Concealed Carry, State Laws, Wisconsin. Bookmark the permalink.