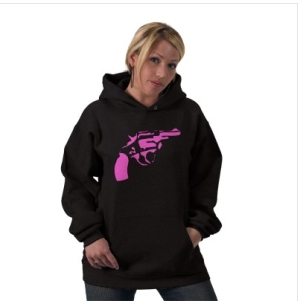 Up until now, if you had asked me to suggest pro-liberty authors, my list would certainly have included Clayton Cramer. After all, Cramer has a list of pro-Second Amendment accomplishments that is truly enviable.

He has written several influential books on American gun rights, was cited in the key gun rights case of United States v. Emerson, has a regular column in Shotgun News and his work was instrumental in exposing the misinformation put forward by Michael A. Bellesiles in his book “Arming America.”

In short, Clayton Cramer has historically done a great deal to support gun rights and was someone I looked up to. But no longer …

In his latest (and very aptly named) Shotgun News column, entitled “How To Lose Friends”, Cramer addressed the recent spate of open carry incidents at presidential events. Fair enough … I too have addressed the issue including the negative aspects of the trend.

But Cramer did not stop there. Oh no. He went on to conflate open carry at presidential events with open carry generally, decreeing that open carry in any city is “dumb” and makes us look “crazy.” I find this to be ludicrous, but his rant gets worse … much worse!

Cramer then equates open carry with open displays of affection between gay couples. Now … I have nothing against this analogy. As a matter of fact, it is one that I use quite often. But not the way that Cramer used it!

And this is where Cramer went completely off track …

It has been over a week since I first read the column and I still cannot believe that Shotgun News allowed Cramer to use his column as a forum to discuss his dislike of homosexuality and public displays of affection between same sex couples. The words “shocked” and “disgusted” were used. The phrase “strongly disapproving” made an appearance. He made a point of stating that having to view such public displays had made him no longer “open minded” about the issue.

I was floored! But as a heterosexual who has never had to suffer from bigotry, I cannot imagine just how upset that gay and lesbian gun owners were to see such an assault on the pages of their Shotgun News subscription.

And the very worst part of all is that Cramer seemed to believe that by couching the argument in anti-gay terms, it would appeal to today’s gun owners. But he needs to understand that nothing could be further from the truth. Contrary to the stereotype promoted by the anti-gun movement, today’s gun owners are as diverse as America. And they share a common dedication to civil liberties that is unprecedented in modern politics.

Those of us in the gun rights community have had great success prosecuting the gun rights movement as a civil rights issue rather than one of Conservative vs Liberal. This has allowed us to successfully reach out to entirely new constituencies. After all, the millions and millions of proud gun owners across America come from every social, ethnic, religious and lifestyle group and we need to support the rights of every single one of them!

I believe that when Cramer titled his article, he was thinking that he personally would lose some readers because of his dislike of open carry. And perhaps that would have been true if he had stopped at a simple attack on open carry. But that didn’t happen and he is not the one who lost. It is the gun rights movement who got a black eye from his column and it is the gun rights movement that will lose disenfranchised gay and lesbian gun owners who will see that the stereotype of gun owners as old, grumpy, and closed-minded is still at least a little bit accurate.

In addition, his open carry advocacy has been featured on Nightline and The Daily Show With Jon Stewart.
View all posts by John Pierce →
This entry was posted in General Civil Rights, Open Carry. Bookmark the permalink.