Countdown to The Bar Exam: Deeper Into The Technology

Countdown to The Bar Exam is a series that I will be writing about my experiences preparing for the July, 2012 Virginia Bar Exam.  I hope that it will be both educational and entertaining for my fellow test-takers as well as future graduates. 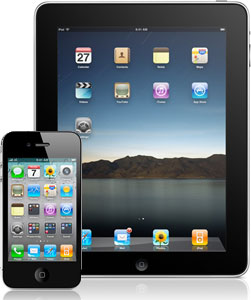 As I mentioned in my previous Countdown to The Bar Exam article, I am doing my bar study using the Themis Bar Review program.  I think that it is safe to say that, in general, I have been very happy with Themis.

But that doesn’t mean that I haven’t found areas where they could improve.  As the days go by, I have been increasingly taking advantage of the fact that I can access the lectures on my smartphone and tablet devices.  However, as my use has increased, I have discovered a number of inconveniences that I hope Themis will address for future students.

Losing Your Place in Lectures

The lectures are organized into “bite-sized” vignettes sandwiched between practice questions.  I really like this format since it allows you to absorb the material in manageable portions and reinforces the material frequently.  These vignettes are generally between 10 and 40 minutes long, which doesn’t seem long until you lose your place and need to scroll through the lecture attempting to find where you left off.

But how would this happen?  It turns out it is fairly easy.  You could have an incoming call (regardless if you answer it or not), you could get a text you need to read or respond to, or you could inadvertently click the power button on top of the phone to shut off the screen.

Now in most apps that play video or music this wouldn’t be a big deal.  If you are in the middle of a YouTube video and there is an incoming call, you can take the call secure in the knowledge that, once you return to YouTube, you will find your video paused at the exact point you left it.  The same is true of Audible, iTunes, NetFlix and practically any other media player on the iPhone.

But it is not true in the Themis app.  Once you return to Themis, it assumes that you have completed the lecture and places you in the next set of practice questions.  In order to finish watching the lecture (which you may have only just started), you must back up and manually attempt to move forward through the video until you reach the appropriate spot.  As I mentioned in my last post, this is especially unsafe when driving, which is a venue where the smartphone lectures are extremely useful and, I suspect, most commonly used.

If Themis is interested in my opinion as someone whose entire life before law school was spent in the software development world, I would suggest a two-pronged approach to addressing this issue.  First, I would fix the existing app such that it retains your position in the lecture whenever the app is minimized, paused, or sent to the background.  This would address the majority of my concerns.

Second, I would take the additional step of making an audio-only version of the lectures available on the app which also allows you to skip the practice questions and take them later when it is safe to do so.  To date, I have seen no use of blackboards, charts, or other visual aids in the lectures such that audio-only versions would be impractical.  The video component of the lecture only serves to drain battery life and force you to keep the screen active, thereby increasing the possibility of inadvertently hitting a button and losing your place yet again.

By having audio-only versions specifically aimed at the commuter-studier, they could eliminate the potential traffic safety issues, improve battery life, and allow the screen to be turned off while the audio is still running.  It would be a win-win-win.

As I mentioned earlier, the structure of the lectures on the app platform is to present a short lecture in a “chapter” format and then to present a small number of practice questions which are then graded.  You then move on to the next chapter in the section and repeat.  To facilitate this, they have a Next Chapter button available at the end of the practice question review.

The problem?  When you have more than one topic area downloaded, the Next Chapter button seems to randomly pick another topic and start you on that rather than moving on to the next chapter in the section you are currently working on.  I am sure that there is a pattern to the issue but I have as of yet been unable to pin it down.

It is easy enough to work around the issue.  Instead of using the Next Chapter button, you simply back up to the list of downloaded topics and scroll until you are back to the topic area you are working on.  You can then select the first incomplete chapter and play it.  The only problem with this solution is that, once again, you are presumably having to do this while driving a vehicle.

The Grading of Practice Questions Leaves Room For Improvement

If you click on one of the questions from this review screen, you are shown three pieces of data, the original question, the correct answer, and your answer.  I have two distinct problems with this presentation.

First, this is often insufficient to help you realize what you did wrong.  Many times the correct answer (or your incorrect answer for that matter) is “Both A and C” or “All of the above.”  Since you cannot see what all of the original answer options were, you cannot properly incorporate the information.

Second, on the detail screen, regardless of whether you answered the question correctly or incorrectly, your answer is always shown in red.  This contrasts with the color scheme from the review screen and confused me for some time as to whether or not the app was properly scoring my answers.

I think that this whole post-review area should be redesigned to allow you to see the entire question for review as well as making it more clear which questions were missed and which were answered correctly when viewing them in detail.

I am not sure at what point this series became a bit of a review and critique of Themis.  I suspect that other exam takers are experiencing the same thing.  As your worldview narrows down and focuses more and more on the Bar Exam, the specifics of the program we are using take on ever greater significance.

Given that, I hope someone is reading this at Themis … at least for next year’s class.

In addition, his open carry advocacy has been featured on Nightline and The Daily Show With Jon Stewart.
View all posts by John Pierce →
This entry was posted in Bar Exam. Bookmark the permalink.

1 Response to Countdown to The Bar Exam: Deeper Into The Technology