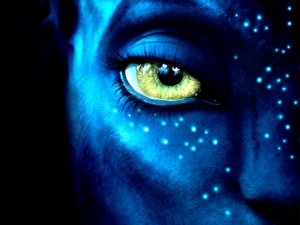 James Cameron’s special-effects extravaganza Avatar appears destined to take its place in the record books and in the cultural consciousness of America. For those who have not yet seen the movie the storyline is the same timeless tale of the clash of cultures that you see in such movies as Pocahontas or Dances With Wolves.

And while the movie has been criticized by a variety of groups who claim that it is insidiously racist in its infantilization of the native Navi people, I found the story to be both inspiring and heartwarming in a formulaic sort of way. In fact, I must admit to having watched it twice already, once in 3D and once at a family matinee. All told, my wife and I, with children and their friends in tow, have added well over $100 to James Cameron’s gross for this film.

And then I saw the BigHollywood report on Cameron’s description of the heartless miners in the film. As verified from several sources, in his complete script, in a scene cut from the final film, Cameron describes the issuance of weapons as:

TROOPERS issue automatic weapons and magazines to a long line of mine workers. The miners lock and load like the redblooded redneck NRA supporters they are.

I was floored. I was sickened. I had (indirectly) given money to this man. I had recommended the film to my friends. And here he was denigrating gun owners and NRA members as heartless, almost sub-human, murderers. Suffice it to say that projected DVD sales of Avatar to the Pierce household dropped from “several” to “absolute zero.”

But as the initial disappointment began to ebb, I thought about how ironic his comment was considering the symbolism inherent in the Avatar story. I was reminded of Joseph Campbell’s analysis of the mythological perspective present in Star Wars where he noted that ‘It shows the State as a machine and asks, “Is the machine going to crush humanity or serve humanity?”’

The myth in Avatar is much the same. But what Cameron failed to perceive is that law-abiding gun owners are not represented by the mercenaries. Instead, we are the Navi (‘the People’); whose history, tradition and culture are under fire. The anti gunners, who would have the machine-like, all-powerful State control every aspect of life, are the heartless mercenaries who would obediently bulldoze the Tree of Liberty in their blind quest for a mythological and unobtainable state controlled utopia.

We need to remember just how important and powerful symbolism is in shaping public perception. ‘We The People’ need to work through our personal lives and through the media to shape the ‘story’ of gun ownership instead of allowing bigots such as Cameron to do so.

In addition, his open carry advocacy has been featured on Nightline and The Daily Show With Jon Stewart.
View all posts by John Pierce →
This entry was posted in Media Views on The Second Amendment, Movies, Popular Culture. Bookmark the permalink.