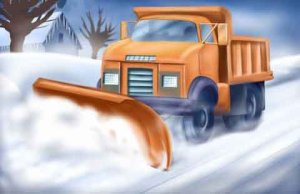 Now … the first inclination of a Minnesota resident when hearing of such a response to a snowstorm is to laugh. But this declaration was no laughing matter for the citizens of King. With the stroke of a pen, the mayor stripped them of their fundamental right to travel, to peaceably assemble, and to openly bear arms as enumerated in the North Carolina Constitution. In addition to the denial of fundamental and enumerated rights, the declaration also had the effect of denying the privileges granted by a North Carolina Concealed Handgun Permit issued under North Carolina General Statute § 14-415.11.

My first thought, when hearing this, was to assume that the impact upon the privileges granted by the Concealed Handgun Permit was simply the result of unintended consequences on the part of the drafters of the legislation. However, a quick look at § 14-415.11(c) and the comments of the Attorney General shows that this is not the case. North Carolina’s Concealed Handgun Permit law was written with full knowledge of, and intent to preserve the power of, the State of Emergency statute.

“And how broad are these powers?” I hear you asking. And the answer is “very broad indeed.” Under § 14-288.12, the governing body of any municipality may declare a state of emergency with vast, far-reaching consequences on the rights of the citizens living in, or traveling through, their jurisdiction.

The statute in full provides:

Powers of municipalities to enact ordinances to deal with states of emergency.

(a) The governing body of any municipality may enact ordinances designed to permit the imposition of prohibitions and restrictions during a state of emergency.

(b) The ordinances authorized by this section may permit prohibitions and restrictions:

(1) Of movements of people in public places;

(2) Of the operation of offices, business establishments, and other places to or from which people may travel or at which they may congregate;

(3) Upon the possession, transportation, sale, purchase, and consumption of alcoholic beverages;

(4) Upon the possession, transportation, sale, purchase, storage, and use of dangerous weapons and substances, and gasoline; and

(5) Upon other activities or conditions the control of which may be reasonably necessary to maintain order and protect lives or property during the state of emergency.

The ordinances may delegate to the mayor of the municipality the authority to determine and proclaim the existence of a state of emergency, and to impose those authorized prohibitions and restrictions appropriate at a particular time.

(c) This section is intended to supplement and confirm the powers conferred by G.S. 160A-174(a), and all other general and local laws authorizing municipalities to enact ordinances for the protection of the public health and safety in times of riot or other grave civil disturbance or emergency.

(d) Any ordinance of a type authorized by this section promulgated prior to June 19, 1969 shall, if otherwise valid, continue in full force and effect without reenactment.

(e) Any person who violates any provision of an ordinance or a proclamation enacted or proclaimed under the authority of this section is guilty of a Class 3 misdemeanor.

As a civil libertarian, I find the civil rights implications of this statute to be incredibly frightening. Citizens of King speaking out via YouTube seem to be similarly shocked by the ease with which they were rendered virtual prisoners of the state.

One has to wonder just what motivated North Carolina legislators to grant such draconian powers to local officials.  The North Carolina Legislature needs to address this ASAP to remove the sweeping intrusions on citizen’s rights and more “narrowly tailor” the powers to what local officials truly need in order to manage local emergencies.

UPDATE:  King Police Chief Paula May stated in a news report today that no enforcement actions were taken and that the state of emergency has been lifted.  Let’s hope this serves as a wakeup call to legislators to quickly bring the statute into the light of current constitutional jurisprudence.

In addition, his open carry advocacy has been featured on Nightline and The Daily Show With Jon Stewart.
View all posts by John Pierce →
This entry was posted in North Carolina, State of Emergency Laws. Bookmark the permalink.