Text messages and the Fourth Amendment 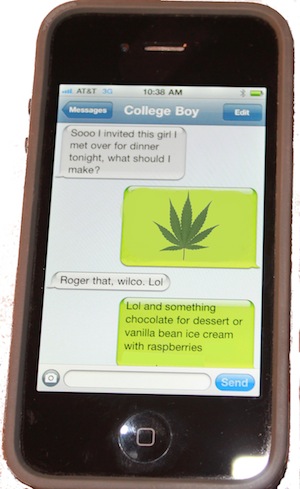 Your communications, including text messages, are private and may only be intercepted with a warrant … right???

Not so fast.   Even outside the constitutionally questionable practice of ‘warrantless wiretapping’ that occurs under the auspices of the War on Terror, there is a much more mundane threat to your privacy where text messages are concerned.

In 2011, in the case of People v. Diaz, the California Supreme Court held that defendants lose their privacy rights for any items they are carrying when taken into custody.

That means anytime you are taken into custody, your phone (which has become an almost universal personal accessory at this point) may be searched without your permission if it is not secured.  And you can be sure that your stored text messages will be the first thing they review.

And before you ask, the US Supreme Court will not be stepping in to save the day. They refused to hear the case, letting this dangerous precedent stand.  Since then, the 7th Circuit Court of Appeals has made a similar ruling in United States v. Flores-Lopez.

But the risks inherent in text messaging do not end there.  Unlike the content of voice conversations, your entire text messaging history is probably stored by your telecommunication provider and may be requested by any law enforcement agency with a valid warrant.

So what does this mean to you?  The answer is simple.  It means that you should not consider text messages to be a private means of communication, at least not until the justice system catches up with technology and properly recognizes that the ‘papers’ referenced in the Fourth Amendment can just as easily be comprised of electrons.

In addition, his open carry advocacy has been featured on Nightline and The Daily Show With Jon Stewart.
View all posts by John Pierce →
This entry was posted in Fourth Amendment. Bookmark the permalink.