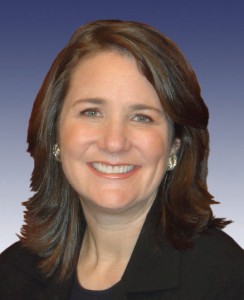 The media loves to point out the stupid things that Republicans say … and, being politicians, they do say their share of stupid things.

But if you depend on the mainstream media for your news, then you might think that Democrats are all genius-level intellects whose every word is cherished wisdom designed to send thrills down Chris Matthew’s leg.

But let me assure you that nothing could be further from the truth.  And this is particularly true when Democrats attempt to talk credibly about the firearms that they want so desperately to ban and the constitutional right to keep and bear arms that they wish to destroy.

I thought it would be illustrative to share a few of the more frighteningly egregious comments that Democrats have made.

Let’s start with Colorado Congresswoman Diana DeGette.  She joined New York Congresswoman Carolyn McCarthy in introducing a bill to ban the manufacture of magazines that hold more than 10 rounds for sale to civilians.  In other words, she appears to be just another anti-gun bigot … right?  Maybe not.  Maybe she doesn’t even understand the fundamentals of what she is talking about.

Yesterday, Congresswoman DeGette participated in a Denver Post public forum in which she discussed her proposal.  When asked whether such a ban would be effective since there are tens of millions of such magazines already in circulation, she made the following statement.

“What’s the efficacy of banning these magazine clips? I will tell you, these are ammunition, they’re bullets, so the people who have those now, they’re going to shoot them … the number of these high capacity magazines is going to decrease dramatically over time because the bullets will be shot and there won’t be any more available.”

Yes … that’s right …  a US Congresswoman who feels she is qualified to restrict the rights of American gun owners is ignorant enough to believe that magazines are single-use items.

Don’t believe me?  Watch the video yourself.  The level of ignorance displayed by Congresswoman DeGette is staggering.

But Congresswoman DeGette does not stand alone on the plains of ignorance.  There are others there with her.  After all, no parade of the stupid would be complete without an appearance by good ole’ ‘Average Joe’ Biden.

In fact, I have written before about ole’ Joe’s monumentally stupid advice regarding firearms use and home defense tactics.  But I feel that the truest example of what we are facing occurred back at the end of February, when ole’ Joe was stumping for the administration’s newly declared war on guns in Connecticut.

Dismissing tens of millions of vocal gun owners in a single sentence, ole’ Joe made the absurd statement that “No law-abiding citizen in the United States of America has any fear that their constitutional rights will be infringed in any way. None. Zero.”

Wait … what?  There are lots of law-abiding citizens who fear that their constitutional rights will be infringed.  Gun owners fear the Democrat’s war on guns, same-sex couples fear DOMA, minority citizens of New York fear the stop and frisk antics of Mayor Bloomberg and his minions.

I could go on and on but you see my point.  In fact, a lot of law-abiding citizens fear that their constitutional rights will be infringed because they are infringed … on a daily basis.

But in Joe’s world … a world of privilege and power I might note … such people do not even warrant recognition.  In his worldview, we are less than wrong … we don’t even exist.

Once again, I suspect that many of you reading this will doubt the accuracy of my words. And once again, I will direct you to the video.

I know that we are only a few days beyond April Fools Day so let me make this perfectly clear.  These comments were actually made.  Even worse, they were made by people who are supposedly intelligent enough to make public policy for our nation.

And people wonder why gun owners fear the intentions of Democrats …