BVU Authority, which provides utility and state-of-the-art internet and telephone services to residents of Southwestern Virginia, started life as the Bristol Virginia Utilities Board.

However, in 2010, the Virginia General Assembly passed the BVU Authority Act (§ 15.2-7200 et seq.). This act officially renamed the organization and made it a political subdivision of the Commonwealth of Virginia.

Why is that important to the story? It is important because, as a political subdivision of the Commonwealth of Virginia, BVU Authority is subject to Virginia’s firearms preemption law (§ 15.2-915).

Now that the stage is set, I bet you can imagine where this is going …

“They are going to attempt to implement a gun ban aren’t they?”

My involvment started about two weeks ago.  I was contacted by a VCDL member back on January 16th who told me that they had just left the BVU Authority main office on Lee Highway in Bristol and that there was a “No Guns” sign on the door. He sent me the following picture. 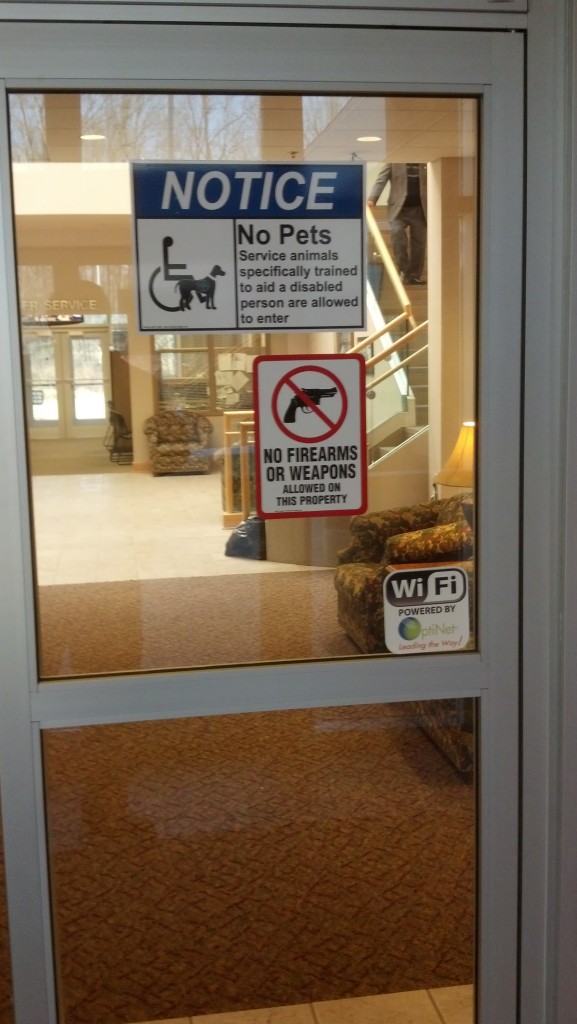 Sure enough … they had indeed posted a “No Guns” sign in direct violation of the preemption statute.

I followed up on this news with letters to the Interim CEO and their attorney who, to their credit, reacted incredibly quickly to my concerns.

I was notified yesterday that the signs had been ordered removed.

I want to thank the BVU Authority for taking quick action to bring themselves in line with Virginia law and for respecting the rights of their customers.

In addition, his open carry advocacy has been featured on Nightline and The Daily Show With Jon Stewart.
View all posts by John Pierce →
This entry was posted in Gun Bans, State Preemption, Virginia. Bookmark the permalink.

2 Responses to BVU Authority Takes Down “No Guns” Sign