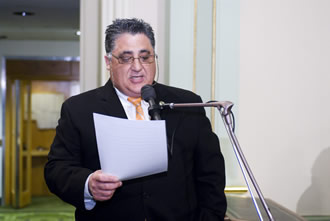 The purported goal of AB144, introduced by Assemblymember Anthony J. Portantino (D-Pasadena), is to outlaw unloaded open carry across the state.  The bill was introduced in response to an increasing number of Californians who have been openly carrying unloaded handguns as the only legal means of self-defense in the face of arbitrary and discriminatory denials of concealed carry permits.

But instead of correcting the discriminatory may-issue permitting system, Portantino’s solution is to remove even this limited right from the law-abiding citizens of California.  But AB144 is such a poorly drafted piece of legislation that it will have significant unintended consequences.

Interestingly enough, one of the consequences should AB144 become law will be a real possibility of the courts striking down California’s arbitrary, may-issue concealed carry issuance process.  In two recent court cases, the court cited the availability of open carry as a reason to not strike down the concealed carry process.

In Peruta v. County of San Diego, the court noted that:

Both Chandler and Nunn, the two cases relied upon by the Supreme Court, concerned prohibitions on carrying of concealed weapons where the affected individuals had alternate ways to exercise their Second Amendment rights—by openly carrying those weapons.

And in Richards v. County of Yolo, the court ruled substantially the same way, stating:

In determining whether government action “substantially burdens” a constitutionally-protected right, courts “typically ask whether the restriction leaves open sufficient alternative avenues” for exercising the right.
…
[E]ven if Plaintiffs are denied a concealed weapon license for self-defense purposes from Yolo County, they are still more than free to keep an unloaded weapon nearby their person, load it, and use it for self-defense in circumstances that may occur in a public setting.

In both cases, the availability of unloaded open carry allowed the court to determine that sufficient alternative avenues existed for citizens to exercise their right to self-defense.  Once unloaded open carry is no longer available, future challenges will likely find that a may-issue permitting scheme cannot pass constitutional muster.

Another consequence of AB144 will be to force those citizens who wish to exercise their rights to do so by openly carrying long guns, which are not affected by the handgun ban in the bill.  Portantino and those who support AB144 should expect to see shotguns and rifles carried on the Third Street Promenade in Santa Monica and in Starbucks from San Francisco to San Diego if AB 144 passes.

Finally, AB144 is a lengthy complicated mishmash which contains several serious drafting errors, discriminates against off duty police who work as security guards, and creates a complex web of confusing bans and exceptions to handgun carry that neither law enforcement nor the public will be able to understand.

AB144 now heads to the Senate Floor where a democratic majority is expected to pass it, thanks to a parliamentary maneuver which allowed the bill to skip its original schedule of being heard in the Senate Appropriations Committee on Monday, June 27th.

If the Senate passes the bill, then attention will shift to Governor Brown who will be under intense pressure from California gun owners to veto the bill.

In addition, his open carry advocacy has been featured on Nightline and The Daily Show With Jon Stewart.
View all posts by John Pierce →
This entry was posted in California, Gun Control, Open Carry, State Laws. Bookmark the permalink.