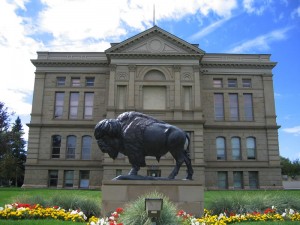 While Wyoming has never regulated the open carry of a firearm, concealed carry was regulated and required a permit issued by the state.  But not anymore.  Wyoming’s ‘Constitutional Carry’ bill went into effect today propelling Wyoming into the elite group of states that allow citizens to carry a concealed firearm without requiring a permit in order to do so.

The bill (SF0047), sponsored by Senator Kit Jennings (R – Casper), allows any Wyoming citizen who would otherwise qualify for a concealed carry permit to carry a concealed firearm without a permit if they choose.  However, the bill  wisely preserves the existing permit system for those who wish to avail themselves of the benefits offered by the state issued permit such as reciprocity with other states or immunity from the federal Gun Free School Zones Act.

In order to carry a concealed firearm under the new law, a Wyoming citizen must:

The other reason that Wyoming residents might wish to maintain their permit is to immunize themselves from the effects of the federal Gun Free School Zones Act.  The original act, struck down as unconstitutional in Lopez, was reenacted and is currently still in effect at 18 U.S.C. § 922 (q).  Section (2)(B) of this act provides that:

Subparagraph (A) does not apply to the possession of a firearm 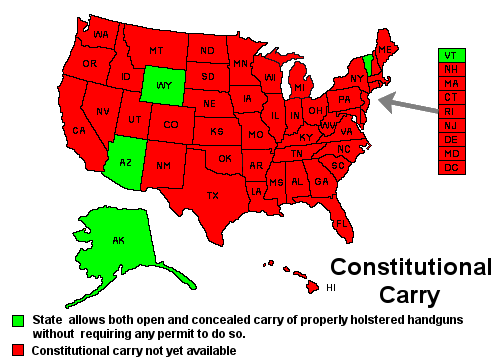 In addition, his open carry advocacy has been featured on Nightline and The Daily Show With Jon Stewart.
View all posts by John Pierce →
This entry was posted in Concealed Carry, Constitutional Carry, State Laws, Wyoming. Bookmark the permalink.

3 Responses to Wyoming Joins the Ranks of Constitutional Carry