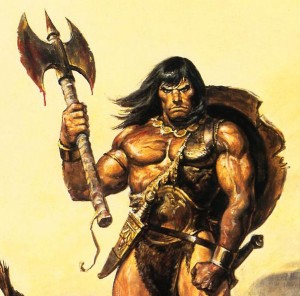 “A mind needs books as a sword needs a whetstone, if it is to keep its edge.”

I am often asked why I enjoy writing so much and I always give the same answer … “because I truly love the written word.”

Nothing in all of human accomplishment has the capacity to move us, to uplift us, to inspire us, and to simply and delightfully entertain us, more than the written word.

As a child, I grew up in a town of just over 300 people in the heart of the Appalachian mountains in Southwestern Virginia.  We had a farm and a large garden and many of my non-school hours were spent with a hoe in my hand or a horse beneath me.  But there were still plenty of free hours and I spent most of them with my nose in a book.

To be fair, there wasn’t much choice back then.  On a good day, with the clouds just right, we could pick up one television station; WCYB 5 in Bristol.  But the only time they had programming for children was Saturday morning when they ran cartoons.  And I, like everyone else I knew, considered Saturday mornings sacred for just that reason.  But the rest of the week, I was reading books; discovering pirate treasure, battling the monstrous remnants of forgotten aeons, or walking on the surface of other worlds.

My mother had worked hard to instill a love of reading in me.  When I was very young, she got me hooked on comic books.  In Marion Virginia, which at 20 miles across the mountains was the nearest medium-sized town, there was a second-hand store which had a huge bin of comics with the covers torn off that they sold for a dime each.

As I understand it now, that store had somehow came into possession of comics that had been returned to the publisher for return credit.  But back then, all my mother knew was that she could get a bag of 100 comics for $10 and she bought me a bag every month when she went grocery shopping. 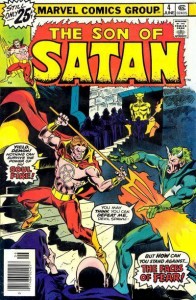 She never bothered to pick out specific comics.  She just had them grab 100 and put them in a bag.  If she had known that she was providing we with such reading material as “The Son of Satan,” she probably would have had a heart attack on the spot.

But the underlying theme of that particular comic was to become one of my favorite plot devices.  To this day, I love stories of hard-won redemption; of men and women born to darkness who somehow fight their way back to the light.

But the comics were only a gateway ‘drug’ for the young John Pierce.  I soon craved a more substantial fix and I found it in science fiction, fantasy, and gritty detective novels.

Here too, I have my mother to thank.  The county library, located 30 miles away in Independence Virginia, ran a bookmobile into our town once a month.  It was a large panel-van with bookshelves lining the back.  It would park in front of the Post Office for a few hours and you could walk in and check out books.  And since he only came by once a month, you could get a lot of books.

My mother would always take a Piggly Wiggly bag she saved from grocery shopping and have him fill it with whatever sci-fi and fantasy novels he might have.  I read a lot of books that I might have otherwise not chosen that way and I am glad that I did.

I have never lost the love of reading that sustained and inspired and uplifted me as a child.  These days, I travel a great deal, and I wouldn’t be caught dead without something to read while on an airplane or a good audiobook to listen to while driving.  I still read a chapter of a good book to my son every night to put him to sleep and listen to audiobooks while mowing the lawn or putting up fence.

And one of the greatest things about being a voracious reader is sharing the books and worlds you have discovered with your friends.  Nothing (outside of female nudity of course) gets me more excited than sharing a literary discovery with a fellow reader.

That is why I have decided to add a regular feature here on Monachus Lex called “The Well-Read Rogue” wherein I will share with you the books and series that I consider must-reads.  I hope you enjoy these interludes between legal and gun-rights commentary as much as I expect to enjoy sharing them with you.

In addition, his open carry advocacy has been featured on Nightline and The Daily Show With Jon Stewart.
View all posts by John Pierce →
This entry was posted in Books, The Well-Read Rogue. Bookmark the permalink.

4 Responses to The Well-Read Rogue: Introduction