The Well-Read Rogue is my attempt to share my love of books with other Libertarians and well-armed Americans. Each book or series I review is one I have personally read. 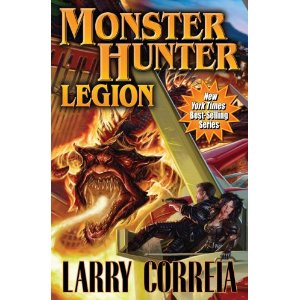 Since I introduced ‘The Well-Read Rogue‘ feature last week, I have been trying to decide which book to start with. In what can only be described as an act of karma, the decision has been made for me.

It happened like this … I logged onto Facebook this morning and saw a reminder that the next book in one of my favorite series is coming out this week. The series is Larry Correia’s Monster Hunter

and if you haven’t discovered it yet then you are missing something freakin’ amazing!

The story behind the Monster Hunter franchise is truly an inspiring tale. For those of you who don’t know, Larry is one of us; a well-armed American.  In addition to his day jobs as an accountant and best-selling author, he is also a firearms instructor, longtime shooter, and an active member of a number of internet gun forums.  In short, his is an all-American success story.

, was actually initially self-published and only promoted on gun forums.  But, in a tribute to the power of gun owners in the marketplace, it became so popular so fast that it made the bestseller list in 2008 prompting Baen Books to offer Larry a publishing contract.  He has been with them ever since and his books are consistently best-sellers.

The series tells the tale of Owen Zastava Pitt who gets to throw his insufferable boss (who turns out to be a newly minted werewolf) out of a high window in the first few pages. Being a red-blooded and well-informed American, Owen was of course packing; but without silver bullets, he ultimately had to resort to main force and took a heck of a lot of damage while doing so.  Thankfully, Owen is what we in the South call a ‘bigun’ and recovers from wounds that would have killed a lesser man.

The story only gets better from there as Owen discovers that all the monsters of humanity’s darkest legends are real. He also discovers that the only thing protecting an unsuspecting public from being overwhelmed by the forces of darkness are the companies who fight the monsters in order to claim the bounties offered by the government (known as PUFF … don’t ask … just read the series and you will understand).

Profoundly affected (and physically scarred) by his experience, Owen joins such a company, Monster Hunter International (MHI), and as the series progresses through Monster Hunter Vendetta

, we learn more about Owen’s destiny, his awesomely cool and mysterious co-workers, how the government can screw up even monster hunting, and the true nature of the hidden world.

It goes without saying that we also get a lot of very cool, very accurate gun lore worked into the stories. Larry also misses no opportunity to gently ‘indoctrinate’ his readers in the benefits of a well-armed citizenry and the burdens of overbearing bureaucracy.

I can’t tell you much more without spoiling some of the storyline, but if you are a fan of sci-fi and fantasy then I guarantee that you will love this series as much as I do! 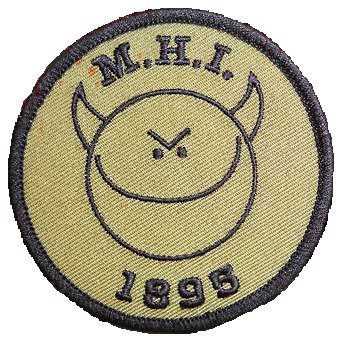 But don’t just take my word for it.  MHI is a worldwide phenomenon.  In the books, the MHI teams all wear patches designating the team.  And the team Owen is assigned to has a patch featuring a distinctive horned smiley face and the year the company was founded, 1895.

The designing of patches has become a bit of a hobby amongst MHI fans but it is the originals that keep showing up on the sleeves of the men and women fighting for our country overseas. If this series can inspire real-life heroes then it surely deserves a chance to join your library.

into the bestseller list by having strong first-week sales.  And the link to the book I have included will get you a deeply discounted, limited signed edition.  Please join me in adding this book to your collection.

Finally, if you are a fan of audio books, as I am, then you will love the Audible productions of these novels.  They are narrated by Oliver Wyman who does an amazing job of bringing the stories to life.

PS.  As I mentioned above, designing your own team patch has become a bit of a hobby for fans and I am a bit embarrassed to admit that I have developed the following one myself. 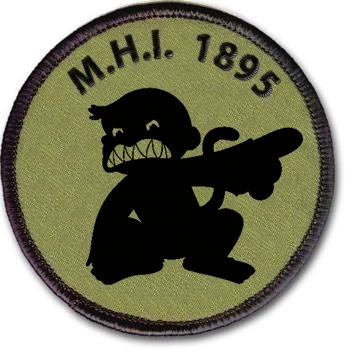 In addition, his open carry advocacy has been featured on Nightline and The Daily Show With Jon Stewart.
View all posts by John Pierce →
This entry was posted in Books, Larry Correia, The Well-Read Rogue. Bookmark the permalink.