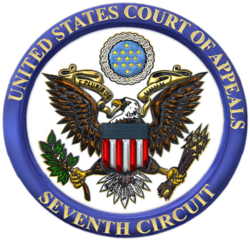 In an opinion issued today in the Illinois case of Moore v. Madigan, the Seventh Circuit Court of Appeals held that the Second Amendment “right to keep and bear arms for the purpose of self-defense … implies a right to carry a loaded gun outside the home.”

The opinion is a joy to read as Judge Posner proceeds to shred the historical and public policy arguments against carry put forward by Illinois.

Here are some examples to warm your heart on this cold December afternoon:

Both Heller and McDonald do say that “the need for defense of self, family, and property is most acute” in the home, id. at 3036 (emphasis added); 554 U.S. at 628, but that doesn’t mean it is not acute outside the home. Heller repeatedly invokes a broader Second Amendment right than the right to have a gun in one’s home, as when it says that the amendment “guarantee[s] the individual right to possess and carry weapons in case of confrontation.” 554 U.S. at 592. Confrontations are not limited to the home.

Twenty-first century Illinois has no hostile Indians. But a Chicagoan is a good deal more likely to be attacked on a sidewalk in a rough neighborhood than in his apartment on the 35th floor of the Park Tower.

A woman who is being stalked or has obtained a protective order against a violent ex-husband is more vulnerable to being attacked while walking to or from her home than when inside. She has a stronger self-defense claim to be allowed to carry a gun in public than the resident of a fancy apartment building (complete with doorman) has a claim to sleep with a loaded gun under her mattress. But Illinois wants to deny the former claim, while compelled by McDonald to honor the latter.

That creates an arbitrary difference. To confine the right to be armed to the home is to divorce the Second Amendment from the right of self-defense described in Heller and McDonald.

The court has placed a 180 day stay to allow Illinois a chance to put together a shall-issue legislative solution in the state. But anyone familiar with Illinois politics can expect that the courts will be involved again before this issue is finally resolved in a constitutional manner.

In the meantime, this holding may be the first link in a chain that will finally put an end to the racist and discriminatory may-issue permitting schemes that still exist in a few less-enlightened states.

In addition, his open carry advocacy has been featured on Nightline and The Daily Show With Jon Stewart.
View all posts by John Pierce →
This entry was posted in Chicago, Illinois, McDonald v. Chicago, Permit Requirements, Second Amendment Case Law, Seventh Circuit Court of Appeals. Bookmark the permalink.