Where officers fear to tread 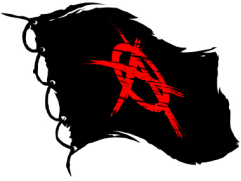 Gangs bring anarchy to the streets

When arguing against citizen’s rights to be able to bear arms for self-defense, anti-gunners always propagate the myth that citizens do not need this right because the police will protect you. However, if you think about it logically, this is an extremely naïve position to take.

Look around you right now. Is there a police officer visible? Unless you work in a police station or courthouse, the answer is probably “No.” As I pointed out in a previous week’s article, the police, as much as they might wish otherwise, will almost never be there when someone is attacked.

But sometimes, a victim will get lucky and an officer, investigating an unrelated crime, will happen upon the scene while an attack is in progress.

This happened two weeks ago in Modesto California. An officer, responding to an unrelated call, saw a man being attacked by a group of assailants. When the officer and his canine partner went to the aid of the victim, a hostile crowd of up to 60 suspected gang members materialized and confronted the officer.

In the first few seconds of the confrontation, the officer was struck repeatedly and had bottles thrown at him. As a result, his portable radio was broken and he found himself living every officer’s nightmare and unable to call for backup. As the crowd surged forward, screaming at the officer that he was not leaving there alive, the officer drew his firearm and ultimately was able to escape the crowd with only minor injuries to himself and his dog.

In defending the officer’s decision to draw his firearm, Modesto police spokesman Sgt. Brian Findlen commented that “In a situation where you really feel that your life is in imminent danger, your options become very few.” That is definitely true for the unknown victim who, being a resident of California, was almost certainly denied even a chance to defend himself by the state’s draconian gun laws.

Oh … had you forgotten about him? The original victim I mean? Let’s see what happened to him

In the melee, the officer was understandably unable to help the man being attacked by the mob and he remains unidentified. Perhaps he was able to flee during the assault on the police officer or perhaps his body awaits discovery in some dingy back alley. In either case, it clearly puts an end to the myth that the police can save you.

In the aftermath, neighborhood residents and city officials describe entire neighborhoods where citizens barricade themselves in their homes after dark and where gangs own the streets without fear of authority. As gang violence and crime spread across the country in a seemingly unstoppable wave, can any logical person truly believe that it is a good public policy decision to force citizens to walk defenseless down streets where officers fear to tread?

In addition, his open carry advocacy has been featured on Nightline and The Daily Show With Jon Stewart.
View all posts by John Pierce →
This entry was posted in Reasons to Carry, Self Defense, Trends in Crime. Bookmark the permalink.