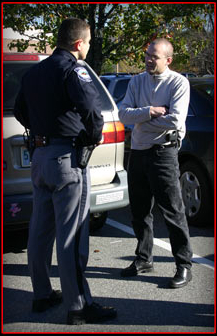 I join other gun rights advocates in applauding AG Van Hollen for issuing an opinion that was much needed in Wisconsin where, in recent months, multiple citizens had been harassed, charged and had their property confiscated for merely exercising their rights under the state constitution.

And while this memo was issued specifically to the state’s district attorneys, I presume that all of the chief law enforcement officers in the state are also being made aware of this memorandum. After all, it was the overzealous activities of certain departments such as West Milwaukee, Chilton and West Allis in harassing law-abiding gun owners that led to the need for the AG to address the issue.

Taxpayers in West Milwaukee and Chilton are already facing a federal lawsuit filed last week by Wisconsin citizen Jesus Gonzales, who was repeatedly harassed by these departments, jailed, had his property confiscated but was ultimately never charged.

The legal vehicle which allows a citizen to sue officials over such misconduct is 18 U.S.C. § 1983 which allows one to sue for civil rights violations that occur “under color of law.” The Supreme Court has defined what is required for an official to be said to be acting “under color of law” as having “exercised powers possessed by virtue of state law and made possible only because the wrongdoer is clothed with the authority of state law.”  Clearly police and prosecutorial misconduct meet this definition and it is anticipated that Mr. Gonzales will ultimately prevail in his suit.

The good news for the taxpayers of Wisconsin is that, now that AG Van Hollen has issued this memorandum, there should be no further official misconduct or harassment of law-abiding gun owners leading to further waste of taxpayer dollars … Right?

Well … let’s not jump to conclusions. Another important issue that AG Van Hollen attempted to address in his memorandum was whether or not the simple act of openly carrying a firearm would justify a non-consensual detainment, by law enforcement, of a citizen. This is often referred to as a Terry Stop.

The memo answers this question in the affirmative and then goes on to point out that this would only be true however if the “totality of the circumstances” provides the officer with reasonable and articulable suspicion of criminal activity. Given the fact that Terry Stops are frequently misused by law enforcement, the structure and wording of the memo, while perfectly legally correct, may mislead law enforcement agencies into the belief that simply seeing a person open carrying will justify a non-consensual encounter.

As if to prove my point, in a Milwaukee Journal Sentinel article, Milwaukee Police Chief Edward Flynn said he would advise his officers to question anyone out in public with a gun. He went on to say that “If my officers see someone walking around the City of Milwaukee with a firearm openly displayed, it borders on irresponsible if I were to communicate to members of my community that they can carry that firearm with impunity.”

It sure sounds to me as if Chief Flynn is planning to utilize the power and authority conveyed upon him by the state of Wisconsin to enforce a “chilling effect” upon the rights of citizens by intimidating those who dare to exercise those rights. Now when I word it like that, I suspect that the Wisconsin civil rights attorneys reading this article get a twinkle in their eye and an unconscious desire to pull up their billing software.

It appears to me that Milwaukee is still a few judgments short of a complete understanding of the limits that a free society places upon the police power.

In addition, his open carry advocacy has been featured on Nightline and The Daily Show With Jon Stewart.
View all posts by John Pierce →
This entry was posted in Abuse of Discretion, Abuse of Power, Law Enforcement Misconduct, Wisconsin. Bookmark the permalink.