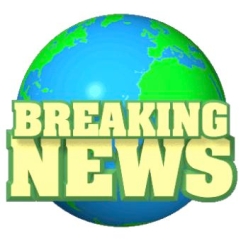 Almost immediately, the media reports have focused on the gunman’s use of a “high powered” rifle and his fear that the Obama Administration was going to take away his gun rights.

But wait … the Pittsburgh Post Gazette reports that Poplawski was given a dishonorable discharge from the Marine Corp. If this is true, then his concerns about the Obama Administration’s gun control plans were moot because he had already lost his right to purchase or possess firearms.

U.S. Code Title 18 § 922(g) prohibits anyone with a dishonorable discharge from possessing or purchasing firearms.

This reporter is attempting to verify if Poplawski was actually dishonorably discharged. There is often confusion between a dishonorable discharge and a discharge under less than honorable conditions. But the differences in terms of consequences is significant.

A dishonorable discharge is given only when a member of the military has committed an extremely serious offense which is the equivalent of a civilian felony and has been convicted of such at a court martial proceeding.

WTAE Channel 4 Pittsburgh is also reporting that Poplawski was the subject of a protection from abuse order. If true and the protective order is still in effect, then this too made him an illegible possessor since The Violent Crime Control Act of 1994 modified U.S. Code Title 18 § 922(g) to also make it illegal to possess or purchase a firearm while subject to such a court order.

While the anti-gun movement will use this horrible tragedy as yet another opportunity to push their radical agenda, a pattern is clearly emerging of an individual who was not a law-abiding gun owner. This is simply another example of a disturbed individual who cared little for the laws he was breaking or the lives of his fellow man.

Our thoughts and prayers go out to the families of these brave men who gave their all for their community.

In addition, his open carry advocacy has been featured on Nightline and The Daily Show With Jon Stewart.
View all posts by John Pierce →
This entry was posted in Trends in Crime. Bookmark the permalink.