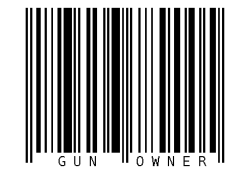 “Myths which are believed in tend to become true..” – George Orwell

The answer to the question presented in the title of the column is, of course, a resounding “No!” The chilling effect that this prior-restraint would place upon the blogger’s 1st Amendment rights would make such a requirement blatantly unconstitutional on its face. The same would be true if the government were to require priests, rabbis and imams to register before conducting religious services.

As a matter of fact, I imagine that just reading the title of this column was enough to infuriate most of my readers. After all, a belief in the inalienable sanctity of individual freedoms is the bond that brings us all together from our disparate worlds.

But this then begs the question of why so many Americans are willing to even consider the registration of gun owners. Even those who are not gun owners should fear the precedent that this would set. Since the landmark 2008 ruling in DC v. Heller, the courts have recognized what we have always known, namely that the right to keep and bear arms is a specifically enumerated, individual right, on par with freedom of speech and religion. Given this judicial environment, if we allow the government to impose a prior restraint upon the 2nd Amendment, then the 1st is no longer inviolate.

And it is worse than just a willingness to consider the idea of registration. As a firearms instructor, I can say without fear of contradiction that most gun-owners actually believe that there is already registration in place. This myth has its genesis in the instant background check paperwork which is required to purchase a firearm from a federal firearms licensee. The result? When I ask a room full of lifelong gun owners whether their guns are registered, they invariable chorus as one … “Yes.” In fact, they couldn’t be more wrong.

The following map illustrates exactly how few states actually have some form of firearm registration. 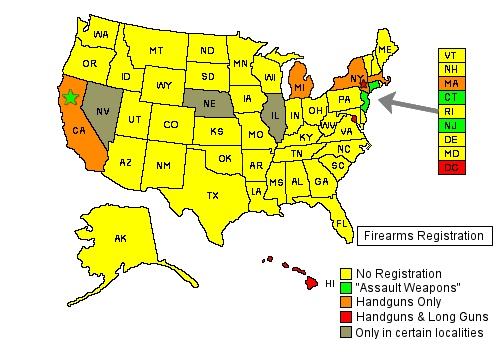 The important numbers to take away from the map are:

So, why is it important that we debunk this myth? Because, as the above quote from George Orwell so aptly states, a myth which is believed long enough tends to become true. When gun owners, who already believe that there is registration, hear that a registration bill has been introduced in their state, they do not see the danger it represents.

In addition, his open carry advocacy has been featured on Nightline and The Daily Show With Jon Stewart.
View all posts by John Pierce →
This entry was posted in Media Views on The Second Amendment, Myths & Misconceptions. Bookmark the permalink.