There are no super heroes 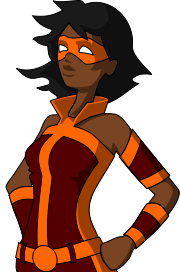 “A hero is someone who understands the responsibility that comes with freedom.” – Bob Dylan

I have written about this before, but with the pending release of the Avengers movie, I find myself once again in the mood to wax poetic about our collective fixation with heroes.

I should first disclose the fact that no one is more a fan of the superhero genre than I am.  I read every comic book I could get my hand on as a child and, until recently, had a  monthly standing order with my local comic store.  That is until my wife noted, rather pointedly, that our budget required me to cut back.

Nevertheless, suffice it to say that I plan to be in line the first night that the Avengers movie arrives in theaters.

Having said all that, what I have to tell you pains me. It truly does. But you need to know …

There are no super heroes. There never were.

At an intellectual level, we certainly know this to be true. But a quick review of modern media will reveal how deeply we want to believe. Our attraction as a society to bigger-than-life hero characters reflects a visceral reaction to the helplessness that the average citizen feels when confronted by the dangers of daily life. Deep down, we know that the world is a place of equal parts beauty and evil and ultimately we face it alone, prey to all the predators that inhabit it.

We do know that there actually are human heroes among us. Soldiers, policemen, firemen, EMTs and a myriad of others who daily go into harms way for the betterment of mankind are all true heroes. But we seek something more than mere human heroes and when you think about it, it is easy to see why.  The policeman, as much as they might wish otherwise, will not be there when we are assaulted.  They can only try to bring the assailant to justice. They are our avengers … not our shield … and they do not hold back the dark.

The bitter truth is that when there is a scream in the night, there will not be a masked avenger to swoop in the window and save the day. Nor will a plucky, super-intelligent detective solve a trail of enigmatic clues at the last minute and kick in the door just before anyone is harmed.

Sadly, when a a scream echoes in the night, the victim is on their own! The tools of self defense they have prepared are their only hope of salvation and if they have not prepared, then the monster will almost certainly win.

If we wish to be heroic in our own small way, we need to do our part to prevent the monsters from winning. We do this by preparing ourselves to be able to defend our families and by educating our friends, neighbors and relatives about the reality of self-defense in an imperfect world.

In addition, his open carry advocacy has been featured on Nightline and The Daily Show With Jon Stewart.
View all posts by John Pierce →
This entry was posted in Philosophical. Bookmark the permalink.