New York City: Out-of-state guns are not the problem 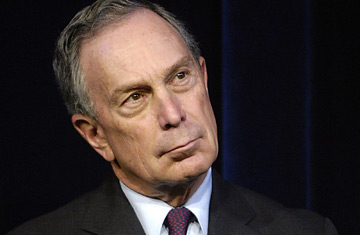 New York Mayor Michael Bloomberg and Police Commissioner Ray Kelly both came out swinging in the sympathetic New York media yesterday after four police officers were injured by a violent ex-con in Brooklyn on Sunday.

Quoting Kelly, the headline on the cover of the Daily News screamed “I’m tired of this!”  But a closer read of the article shows that it is not criminals roaming the street that Kelly is tired of.  Rather, it is the fact that citizens in states where Kelly cannot stop and frisk them at gunpoint any time he wants are able to purchase guns as if they were real people.

Bloomberg also made the media rounds, complaining to all who would listen that the real problem in New York is not anything his administration has done, or even the prevalence of drugs and gangs in the community.  No … none of that has anything to do with crime in New York.  The only problem keeping New York from transforming into paradise itself is those evil “out-of-state guns.”

What neither Bloomberg nor Kelly will admit is that the problem isn’t out-of-state guns but in-state criminals and the system that creates those criminals.  Crime is a symptom of deeper societal problems that start with poverty and drug abuse, grow into hopelessness, and ultimately result in a parallel society of those who feel they can never be part of mainstream society nor participate in the mainstream economy.  Finding themselves in such a situation, these marginalized citizens turn to drugs and sink into the vicious cycle of crime that drug abuse brings with it.

But instead of working to eliminate poverty, integrate marginalized citizens into the economy, and reduce drug abuse, the Bloomberg administration has exacerbated the problem by creating a police-state culture in New York with the willing cooperation of Commissioner Kelly.

I imagine that many of you feel that the use of the phrase “police-state” is a literary exaggeration.  But in this case, I believe the term is completely accurate.  The New York Times reports that in 2011, NYPD officers conducted warrantless stop-and-frisk interrogations on over 685,724 New Yorkers, mostly minorities, 88% of which were freed without even a ticket being issued.

To put this into perspective, in 2011, the NYPD stopped and frisked, without probable cause, more minority citizens than the entire population of Boston!  If that doesn’t rise to the level of a police state, then I cannot image what would.

I can only imagine the effect this has upon those subject to such daily disrespect.  One of the most poignant articles I have read about how this police-state culture affects those who live under it was a December 17th opinion piece done by Nicholas Peart for the New York Times.

He admits that his entire view of his role in society has been changed.  “Essentially, I incorporated into my daily life the sense that I might find myself up against a wall or on the ground with an officer’s gun at my head.”  As for what such tactics are doing to the social fabric of the city, he notes that what New York has today is “a generation of young people who want nothing to do with [police] — distrust, alienation and more crime.”

Given the toxic environment he has created in the city, we should hardly be surprised that the idea of gun rights is so shocking to Mayor Bloomberg.  After all, in his city citizens do not even have the right to walk the streets unmolested.

In addition, his open carry advocacy has been featured on Nightline and The Daily Show With Jon Stewart.
View all posts by John Pierce →
This entry was posted in Abuse of Power, Bloomberg, General Civil Rights, Gun Control, Gun Trafficking, Law Enforcement Misconduct, Media Views on The Second Amendment, New York, State Laws, Trends in Crime. Bookmark the permalink.

8 Responses to New York City: Out-of-state guns are not the problem