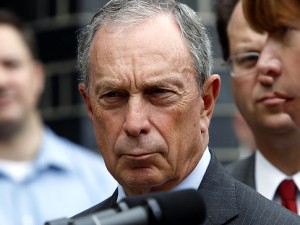 In the wake of the 2012 NRA Convention in St Louis, Missouri, the group Mayors against Illegal Guns (MAIG), under the leadership of New York Mayor Michael Bloomberg, has mounted a full-scale media blitz against the Second Amendment.

In an article in which he decries the NRA’s ‘nightmare nation’, Bloomberg and his allies rail against a litany of perceived problems with American gun laws.

One of the proposals they are reviving is one that I find particularly offensive from a constitutional perspective.  It is the demand that those whose only offense is that their name appears on the so-called ‘Terrorist Watch List’ be denied the right to purchase firearms.

Given that there is such a clamor to use this list to deny fundamental rights, you might assume that there are some fairly elaborate due-process protections in place.  But you would be wrong.

Let’s do a little question and answer session …

Senator Susan Collins of Maine has said that:

“The evidence used to compile the watch list is often fragmentary and can be of varying degrees of credibility. It is not, in other words, the equivalent of a criminal history report.”

In fact, in response to a FOIA request to the DOJ, the results of which were finally released on September 27, 2011, it was revealed that there may be entries on the Terrorist Watch list that are simply names with no additional identifying information or even biometric data only with no name at all (see page 15).

Even worse, a 2006 ABC News investigative report yielded shocking allegations that air marshals are required to add at least one name of a traveler to the Terrorist Watch List every month.   ABC News reports that agents have been told that failure to meet the quota will result in their being denied raises, bonus and special assignments.

A management memo from the Transportation Security Administration appears to encourage agents to fabricate reports when none are available, stating “There may come an occasion when you just don’t see anything out of the ordinary for a month at a time, but I’m sure that if you are looking for it, you’ll see something.”   When asked if agents are making up reports, an un-named agent responded, “I know they are.”   The agent gave an example from his personal experience of an air marshal in need of meeting his quota reporting a passenger for taking a picture of the Las Vegas skyline from their window seat.

Question: But at least it is easy enough to check whether you are on the list … right?

According to the FBI, they cannot reveal whether an individual is on the watch list; “there are legitimate law enforcement reasons for keeping the list secret: Disclosure of such information would tip off known or suspected terrorists, who could then change their habits or identities to escape government scrutiny.“

Question: But there is a process to get off the list … right?

In 2004, when Senator Ted Kennedy found himself on the list he was able to contact Homeland Security Secretary Tom Ridge for assistance.  But even then, it took over a month for his name to be removed from the list.

In 2008, it took an actual act of Congress to remove Nelson Mandela’s name from the list.  Also in 2008, it took a request from Texas Representative Sheila Jackson Lee to Homeland Security Secretary Michael Chertoff before Georgia Congressman and civil rights legend John Lewis could get his name removed.

For those those who do not have the ability to ask the Secretary of Homeland Security for favors, there is simply no way to have your name removed from the list.  The Washington Post has reported that such common names as James Rogers, Mary Smith, and Kevin Johnson are among the those on the Terrorist Watch List.

Based upon data released to the news show 60 Minutes, CBS News has also reported that the name Robert Johnson is on the list.   In the CBS News report, Donna Bucella, who ran the FBI’s Terrorist Screening Center from its inception in 2003 until her departure in 2007, was quoted as saying that “it’s a price society and anyone named Robert Johnson has to pay for security.”

When pressed on the point, she stated emphatically that these common names “will never get off the list.“

Question:  So we just have to let terrorists get guns?

Answer:  Of course not!

In fact, the government already compares the names of those who purchase firearms against the Terrorist Watch List and passes any resulting matches on to the appropriate investigative agency for increased surveillance.  As the FBI states, denying them would only “tip off known or suspected terrorists, who could then change their habits or identities to escape government scrutiny.”

Removing this tool from our intelligence agencies would be a significant detriment to national security, not an improvement.

While Bloomberg continues to rant about the NRA’s ‘nightmare nation’, it is clear that in his vision of America, the nightmare will be an almost complete absence of individual rights.  Just ask any of the over half-a-million minority citizens of New York who were stopped and searched without probable cause at Bloomberg’s behest last year.

In the rest of the United States, citizens are considered innocent until proven guilty in a court of law and similarly are born with certain rights that may only be removed after adjudication with the proper due process.  Enabling the government to secretly strip a citizen of their right to purchase a firearm based upon secret evidence that the citizen cannot see is the very definition of what our constitution was designed to prevent.

As the court noted in District of Columbia v. Heller, “The very enumeration of the right takes out of the hands of government-even the Third Branch of Government-the power to decide on a case-by-case basis whether the right is really worth insisting upon.”

In addition, his open carry advocacy has been featured on Nightline and The Daily Show With Jon Stewart.
View all posts by John Pierce →
This entry was posted in Abuse of Power, Bloomberg, Firearm Sales, FOIA, General Civil Rights, Gun Control, MAIG, National Politics, New York, NRA. Bookmark the permalink.