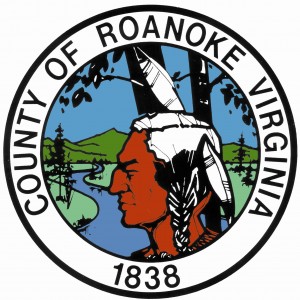 Where possession, transportation, and carrying of firearms and ammunition are concerned, the Virginia Legislature has left no question as to the ability of municipalities to regulate the field.  They cannot.  The legislature has specifically preempted the entire field under § 15.2-915 of the Code of Virginia.

§ 15.2-915. Control of firearms; applicability to authorities and local governmental agencies.

A. No locality shall adopt or enforce any ordinance, resolution or motion, as permitted by § 15.2-1425, and no agent of such locality shall take any administrative action, governing the purchase, possession, transfer, ownership, carrying, storage or transporting of firearms, ammunition, or components or combination thereof other than those expressly authorized by statute. For purposes of this section, a statute that does not refer to firearms, ammunition, or components or combination thereof, shall not be construed to provide express authorization.

The provisions of this section applicable to a locality shall also apply to any authority or to a local governmental entity, including a department or agency, but not including any local or regional jail or juvenile detention facility.

B. Any local ordinance, resolution or motion adopted prior to the effective date of this act governing the purchase, possession, transfer, ownership, carrying or transporting of firearms, ammunition, or components or combination thereof, other than those expressly authorized by statute, is invalid.

Generally, these ordinances are on the books but are not being enforced.  In many cases, local government officials are not even aware of their existence.  In these cases, there is little to do other than to notify the appropriate official that the ordinance is in violation of state law and it will be scheduled for repeal.

However, there are occasions where local officials are all too aware of what they are doing. They have enacted the ordinance in question in direct defiance of the preemption statute. And while such ordinances are void and unenforcable, they do serve the purpose for which they are intended. They make citizens afraid to engage in conduct that is both legal and affirmatively protected by state law. They exert a “chilling effect” on the exercise of citizens’ rights.

That is why, in 2009, subdivision C was added to the preemption statute.  It allows any party which prevails in a challenge against a municipal ordinance or administrative action to receive reasonable attorney’s fees and expenses. By putting teeth in the preemption statute, “rogue” localities have to either cease their efforts to “chill” the exercise of citizens’ rights or they need to become more subtle in their misdeeds.

Well known gun rights activist Ed Levine ([email protected]) had been informed that Roanoke County had a preempted ordinance on its books.  Sure enough, Chapter 15, section 15-8, subsection 6 of the Code of Ordinances of Roanoke County provides:

As is customary, he contacted Roanoke County Attorney Paul M. Mahoney.  But that is where things stopped being customary.  In an emailed reply, Mr. Mahoney defended the wording of the ordinance, citing to the phrase “as expressly prohibited by statute” as a qualifier which he insists brings the ordinance in line with § 15.2-915.

Thank you for your email concerning this topic. I have previously
responded to similar inquiries.

In March of 2008 the Board of Supervisors reviewed the County’s Parks &
Recreation ordinance and considered amendments to it. Changes in the scope of operations and activities, as well as changes in enabling legislation
adopted by the Virginia General Assembly prompted this review. On March 25, 2008 the Board adopted an amendment that comprehensively changed this chapter of the County Code.

I respectfully suggest that you are mis-reading and mis-interpreting the
amendments to Sec. 15.8 of this ordinance. The language added to this
section by the amendment complied both with the direction of the General
Assembly as evidenced by Virginia Code Sec. 15.2-915, and other provisions of the Code of Virginia. Sec. 15.2-915 includes the phrase “other than those
expressly authorized by statute” to limit its otherwise broad prohibition.
The amendment adopted by the Board parallels this enabling language by
including it in line 5 of Sec. 15-8(6).

The Virginia Code Sec. 15.2-915 to which you make reference makes specific
exception for local ordinances relating to firearms which are expressly
authorized by state statute. Roanoke County’s ordinance specifically
incorporates that provision. This office had carefully considered the legislation adopted by the Virginia General Assembly, and analyzed that legislation with reference to existing County Code provisions. In March of 2008 we recommended that the Board of Supervisors consider an amendment to Section 15-8 of the Roanoke County Code to bring it in to compliance with Section 15.2-915 of the Code of Virginia. The Board accepted our recommendation and adopted Ordinance #032508-7. This amendment cured any infirmity.

Roanoke County makes every effort to insure that our county code is in
compliance with the requirements of Virginia law. Thank you again for your inquiry.

The argument that the county is making seems to be that, since the state preemption statute does allow municipalities to regulate certain aspects of firearms if they are specifically granted the power, that it is acceptable to pass an ordinance that contains what appears to be a blanket ban in direct violation of current law just in case the state ever decides to grant them that power.

Let’s all be serious here.  In 2008, Roanoke County added the phrase “as expressly prohibited by statute” to their preempted ban on the carry of firearms in public parks as a response to state preemption.  Since the county was represented by counsel when making this change, the use of such tortured language seem strange indeed.

Given the clear intent of the legislature to reserve to itself the sole power to regulate firearms and ammunition, the intentionally tortured wording of the ordinance can be reasonably calculated to have a significant “chilling effect” upon those exercising the rights guaranteed them by the Virginia State Constitution and statutorily protected by the preemption statute.

“Whatever might be said of [the county’s] objectives, they cannot be pursued by means that needlessly chill the exercise of basic constitutional rights. The question is not whether the chilling effect is ‘incidental’ rather than intentional; the question is whether that effect is unnecessary and therefore excessive.”

At best, the tortured wording in the ordinance could reasonably be calculated to lead a law enforcement officer or magistrate to improperly arrest or charge a citizen.  At worst, it may encourage a significant percentage of citizens to refrain from exercising their right to lawfully possess a firearm in the county parks.  Clearly the effects of the ordinance cannot pass the test articluated in Ohree.

If the county fails to act in a timely manner, then the courts are open every day … and the attorney’s fees are on the house if the court agrees with my assessment that the tortured wording is “unnecessary and therefore excessive.”

In addition, his open carry advocacy has been featured on Nightline and The Daily Show With Jon Stewart.
View all posts by John Pierce →
This entry was posted in Abuse of Power, Dillon Rule, Local Ordinances, Public Parks, Virginia. Bookmark the permalink.