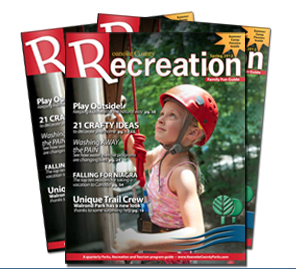 I recently wrote about a Roanoke County ordinance which seemingly imposes a complete ban on the possession and carrying of firearms inside county parks. As I pointed out in the original article, such an ordinance would be void due to Virginia’s preemption statute.

However, Roanoke County claims that their ordinance was brought into compliance with the  preemption statute by the addition of a clumsily-worded clause in March of 2008.  Let’s look at how the evolution of such an ordinance would occur according to Roanoke County …

(6)  … No person shall within a park use, carry or possess firearms, ammunition or combinations thereof, or air rifles, spring guns, pellet guns, paintball guns, bow and arrows, slings or any other forms of weapons potentially dangerous to wildlife and to human safety … The director may permit authorization for the use of a firearm or other potentially dangerous instrument, to be used in a park for a special event or county managed activity.

Well that clears it right up doesn’t it?  After that change, any citizen could easily read that ordinance and understand that it is now perfectly legal to carry in County parks.  Of course not!  And the same is true of a law enforcement officer or a magistrate who is perhaps unfamiliar with the history of the ordinance and the scope of Virginia’s preemption statute.  Sooner or later, someone is going to be deprived of their liberty because of this ordinance.

When you look at it from the viewpoint of an outside observer, it is really hard to imagine any reason that Roanoke would choose to use such a misleading tactic unless they had an invidious purpose such as chilling the rights of gun owners.  And many residents of Roanoke County seem to agree with that assessment.  Since my original article, numerous parties have expressed interest in mounting a legal challenge to the ordinance.

In anticipation of such an eventuality, let’s see what we can discover about how the county made the decision that this particular language was the absolute best way to address the fact that their ban was completely voided by the preemption statute.  Guided by Roanoke County Attorney Paul M. Mahoney’s defense of the ordinance from my original article, I surfed over the the Roanoke County Board of Supervisor’s official website which I must congratulate them on.  They have on-line access to meeting minutes going back all the way to 1973.

But I was interested in the March 2008 meetings referenced by Mr. Mahoney.  Where the parks ordinance amendments are concerned, there were three distinct events that occurred that March.  The first reading of the ordinance occurred at the March 11th meeting.  And then at the March 25th meeting, there was a work session concerning the proposed changes followed by a second reading and passage.  The relevant sections of the minutes are below:

As you will have no doubt noticed by the time that you finish scanning all three of these, there is no substantive discussion of how they came to develop that particular wording. They simply state that the Assistant Director of Parks Mark Courtright, in consultation with the Parks, Recreation and Tourism Department, the County Attorney’s Office and the Roanoke County Police Department undertook the task of reviewing and updating the ordinance.

Where the firearms regulation in particular is discussed, it is simply noted that it was updated to “reflect the state statute.”  We can only assume they are referring to the preemption statute.  During the March 25th Work Session, the minutes reflect specific questions and points of debate concerning many of the changes being made to the ordinance but the firearms section contains no discussion at all.

At this point, the next step is to submit FOIA requests for all memos, emails, and working papers that any of the involved parties might have concerning the development of the “corrected” wording.  Stay tuned …

In addition, his open carry advocacy has been featured on Nightline and The Daily Show With Jon Stewart.
View all posts by John Pierce →
This entry was posted in Abuse of Power, Dillon Rule, FOIA, Local Ordinances, Public Parks, Virginia. Bookmark the permalink.