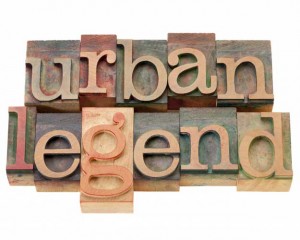 Gun owners are as susceptible to urban legends as any other group of people on the internet.  In fact, they may be more susceptible since there are so many convoluted attempts to use backdoor means to obstruct the right to keep and bear arms that nothing seems impossible.

Having said that, the latest urban legend to gain traction in the gun rights community is the claim that Senate Bill S1813 allows the IRS to strip you of your gun rights and carry permit based upon back-taxes owed.

This is not true.

I was first made aware of this urban legend last week when I was forwarded an email from a concerned gun owner who had read Anthony Martin’s Conservative Examiner column in which Mr. Martin passed on the claim reported at Before It’s News that the bill would grant the IRS the ability to “authorize the removal of  the right to own firearms.”

I should note for the record that I am not attacking Mr. Martin.  He acted responsibly and couched his report in very skeptical terms given the source of the original report.  He noted that:

“[T]he part of the bill that has gun rights activists worried is on pages 1320-1324. This subsection is entitled, “Firearms.” While the wording is in obscure legalese, it seems to be saying that the person designated as “the Secretary” is given broad powers over permits and the revocation of permits. And this power is described under the section that specifically deals with firearms.

Lawyers may debate whether or not the wording of the bill gives the IRS the power to suspend gun rights. But government watchdogs have become alarmed over the tendency of legislation to be written in such a manner as to create broad leeway for interpretation, meaning that nebulous wording often leads to an interpretation of the law that confirms the suspicions of many citizens that the federal government is relentlessly engaged in power grabs aimed at limiting the Constitutional rights of Americans.”

Mr. Martin was right to be skeptical.  The bill, which is a reauthorization of multiple Federal-aid highway and highway safety construction programs, does attempt to give the IRS the controversial ability to revoke the passports of those significantly in arrears on their taxes.  But what it does not do is give them any rights to control taxpayer’s gun rights.

In fact, the only thing correct about the Before It’s News claim is the page number.  Here is my response to the person who emailed me originally:

3)  The word ‘firearm’ does appear on that page

5)  It says that firearms transported by individuals for personal use or in commerce are NOT subject to the hazardous materials special permit requirements.  This is a PRO-GUN provision in the bill.

But Mr. Martin was not the only reputable commentator to be taken in by the claim.  I received a followup email yesterday noting that even the administrator of Congressman Tom Tancredo’s blog has posted the claim.

The lesson to be learned here is, where internet claims are concerned, follow the sage wisdom of President Reagan; “Trust … but verify.”

UPDATE:  The NRA, which has significantly more reach than this column, is also trying to dispel this rumor.

In addition, his open carry advocacy has been featured on Nightline and The Daily Show With Jon Stewart.
View all posts by John Pierce →
This entry was posted in Myths & Misconceptions. Bookmark the permalink.