When you apply to law school, you must submit a personal statement with your application that describes how you see yourself as a person and how you will approach the study of law.  These statements often mean the difference between being accepted and being rejected. I spent weeks working on various approaches but this is how I ultimately told my story.  And as I sit here today, somewhat melancholy, thinking of the last four years of law school and how much I will miss the wonderful friends I made during the journey, I thought I would share it with you. 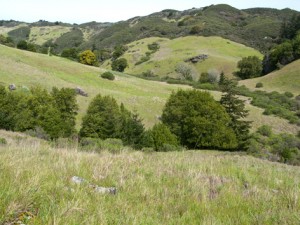 One of my earliest memories is of waking on a stormy winter morning and shaking the bed covers to dislodge the snowflakes which were blowing in through the small uneven cracks around the window.  The window casement had probably fit tightly enough when the house had first been built in the late 1800’s, but by the time I was born, it had seen far too many harsh winters and hot summers.  But that tiny house, with all its flaws, was a happy home to me, my parents, my uncle and my grandfather, housing being far too precious a commodity to waste on too few people.

In the remote mountains of Southwestern Virginia, life was much the same that day as it had been three decades earlier when my grandfather had reared my mother and uncle in that same weather-beaten house.  Looking back upon it now, even though we were poor by the standards of the outside world, I see that in so many ways I was wealthy beyond measure.  My childhood seems composed entirely of a happy blur of memories.  When I try to place them in some linear fashion, I get only a flickering collage; the quick run through knee-deep snow to the outhouse on a winter’s morning, milking the cow before dawn, plowing the fields with a mule named Katie, hunting and fishing with my uncle.

Given my current world perspective, I realize that my childhood was an anachronism, an echo of a way of life that was all but extinct even before I lived it.  But I did live it, and it shaped and molded me in ways that were refined, but never replaced, by my later experiences.  The man I am today is built entirely upon the shoulders of that small boy who loved the feel of plowed earth beneath his bare feet.

I learned so many of life’s lessons on that farm.  I learned the value of hard work and perseverance, and that life isn’t fair but it can be joyful nonetheless.  There are few better teachers of these lessons than the handle of a hoe, the hot summer sun, and trusting animals whose lives depend upon your care.

Other lessons I would learn from the people in my life.  From my father, who was born in 1918 and lived through the Great Depression, I would gain an almost religious belief in individualism and self-reliance.  From my uncle, who had fought in the Korean War, I would come to see that one should take a fierce pride in doing what is right even if the cost is dear.  And from my mother, who had suffered so much in her life, I would take an understanding of true strength.

Time too, taught those lessons that only she could teach.   The stages of my life seemed to progress through a series of stop-motion tableaus; tiny four room elementary school, high school, first job, community college, university, career, graduate school, starting a business, lobbying for civil rights.  And at each of these steps in my life, the world became a little bit smaller.

Now, in my 40s, I stand ready to face the challenges in the next stage of my life.  I have come so far from the small boy who thought the boundaries of the world were just over the next mountain.  I know now that there are no boundaries, only new horizons.

In addition, his open carry advocacy has been featured on Nightline and The Daily Show With Jon Stewart.
View all posts by John Pierce →
This entry was posted in Law School. Bookmark the permalink.