Should people be allowed to carry guns openly?

This is an article I wrote as part of the US News & World Report Debate Club.  This is the second time that they have asked me to write an open carry opinion piece and I am very honored by the opportunity. 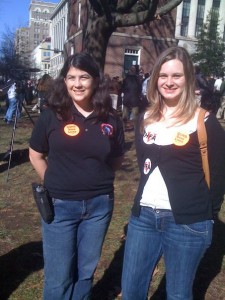 The first thing I noticed about the question for this debate was the way it is worded. “Should people be ‘allowed’ to carry guns openly?” Using the phrase ‘allowed’ implies that open carry is a privilege that the state grants to citizens. However, nothing could be further from the truth. The right to openly bear arms for security and self-defense is enshrined not only in the Second Amendment of the U.S. Constitution but also in a majority of state constitutions.

While concealed carry is seen today by much of the populace as synonymous with the right to carry, it is not, in fact, a right in most states (residents of Vermont may pat themselves on the back at this point). Rather, in the vast majority of states, concealed carry is held to be a state regulated privilege and this was affirmed by the majority opinion in the landmark 2008 ruling in District of Columbia v. Heller.

Open carry on the other hand is very much in keeping with the framers’ view of the constitutional right to bear arms. Today, in a whopping 29 states (that’s a majority for those who are keeping score), any law-abiding citizen who is not prohibited by law from possessing firearms may openly carry with no government permit or license required.

In an additional 14 states, legislatures have passed statutes regulating the wearing of arms and have determined that, even today, the choice to open carry has great value and should remain an option for permit holders. In fact, there are only seven states in which open carry is completely unavailable, and that number seems certain to go down this year as Oklahoma appears poised to add the option to open carry to their carry permit law.

Returning to the question at hand, the answer is an unequivocal “Yes!” Not only is it a right, but it also provides numerous benefits for public safety. A 2006 FBI study entitled “Violent Encounters: A Study of Felonious Assaults on Our Nation’s Law Enforcement Officers” noted that criminals go to great lengths to conceal their firearms, do not wear holsters, and do not open carry under any circumstances.

Open carriers on the other hand wear their firearms properly holstered and go forth willing to subject themselves to the scrutiny of their neighbors and of law enforcement. They are a visible symbol of law-abiding citizens exercising their rights.

In addition, his open carry advocacy has been featured on Nightline and The Daily Show With Jon Stewart.
View all posts by John Pierce →
This entry was posted in Media Views on The Second Amendment, Open Carry. Bookmark the permalink.