Open Carry: A place of honor with all that is good

This is an article I wrote for the VCDL Defender Newsletter back in 2002. 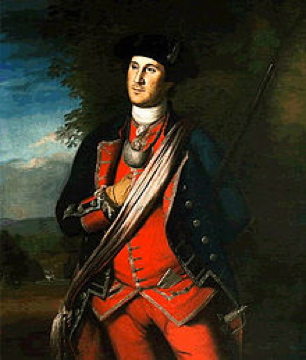 “The very atmosphere of firearms anywhere and everywhere restrains evil interference – they deserve a place of honor with all that is good.” – George Washington

Over the last several issues, The Defender has been the forum for a heated debate between those who advocate open carry and those who consider it dangerous and irresponsible.

In my opinion, the origin of the debate lies in a basic misunderstanding of the true benefits of open carry and I plan on joining the debate in the finest tradition of politicians everywhere … I will share MY opinion and then declare it gospel.

The argument thus far has largely revolved around the tactical aspects of open carry vs. concealed carry.  If this were the actual argument, then those of us who are proponents of open carry would lose quite handily.

However, this is not the actual argument.  The reason that it has appeared to be so is that Mr.’s Mulvena and O’Connor both made passing remarks in their articles about tactical issues and opened the door to Mr. Kelly’s well-written and thorough rebuttal.

Now would be a good time for me to go on record as saying that there is very little to disagree with in Mr. Kelly’s article.  His level of training and dedication to concealed carry issues give him an enviable and unique insight and he has the ability to present what he knows concisely and convincingly.

The question that we, as VCDL members and pro-gun activists, should be asking is “What are the benefits to the gun-rights movement of my carrying openly?”

Mr. Kelly stated the problem quite eloquently in his article; “I know bankers, attorneys, businessmen, reporters, and clergymen who consider a sidearm as much a part of their daily apparel as their wallet.  But to non-gun-owners, it seems a somehow unwholesome practice, associated with criminals and paranoiacs.  To them, a man who carries a gun for no immediate reason is … strange.  They regard such a person as they would one who talked to himself.”

The reason for this is readily apparent.  We are bombarded, almost daily, by a variety of subtle and not-so-subtle anti-gun media messages.  It is amazing how effective this bombardment is, even for those of us with deeply held pro-gun beliefs.  It is a dangerous mistake to assume that societal influences do not make an impact.  They do!  Mr. Kelly is a prime example of the fact that even we can be influenced to treat firearms as something “somehow unwholesome.”

At the risk of sounding like a sociology professor, what we are dealing with is a general populace that has had their perceptions about firearms turned into prejudices by societal pressures.  Most people are not anti-gun in the traditional sense of the word, but they can be counted upon to swallow whatever drivel is presented by the true anti-gun movement.

To put it simply, open carry forces those you meet, be they friends, relatives or neighbors, to reconcile their preconceived notions and prejudices regarding firearms with the fact that you are exercising this right in a safe and responsible manner.

Prejudice thrives on ignorance.  By openly carrying, we are showing the public what gun owners are really like.  More importantly, we are showing them who we are.  I cannot tell you the number of times that I have heard people say that they do not know any gun owners.  They do, of course, but they are not aware that they do.  This allows them to buy into the idea that gun owners are different; and people fear and distrust that which is different.  Seeing you or I openly carrying a firearm forces them to confront the object of their prejudice.

We are not just a collection of people who are interested solely in self-defense and personal protection tactics.  We are also political activists!  The anti’s understand this and factor it into all of their public contact, but often we do not.

You and I are the spokesmen for responsible gun ownership and use in our communities.  Charleton Heston and Sarah Brady are, at best, distant figures to John and Jane Citizen, but you and I are their relatives, friends, neighbors and fellow travelers.

Open carry is our chance to show our friends and neighbors that we are normal people.  We have families, homes, children and bills just like they do.   We have simply chosen to exercise our right of self-defense and I, for one, find this very wholesome.

In addition, his open carry advocacy has been featured on Nightline and The Daily Show With Jon Stewart.
View all posts by John Pierce →
This entry was posted in Open Carry. Bookmark the permalink.

1 Response to Open Carry: A place of honor with all that is good