Countdown to The Bar Exam: Introduction

Countdown to The Bar Exam is a series that I will be writing about my experiences preparing for the July, 2012 Virginia Bar Exam.  I hope that it will be both educational and entertaining for my fellow test-takers as well as future graduates. 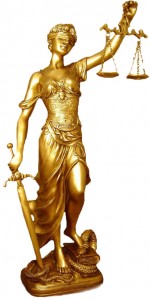 So where did this idea come from?  To be more specific, why did I decide to write a series of articles about preparing for the bar exam?

As is often the case, it all started with money.  In Minnesota, where I attended law school, BarBri is far and away the bar-prep program of choice and I, like most of my classmates, had made a small deposit and signed up for BarBri my first year of law school.

Doing so locked in the then-current rate and gave you all sorts of first year exam prep material that I found extremely useful when the time came to take that first terrifying law school exam.  But when the time came to shell out the rest of the $3,000 plus tuition for the bar exam, I decided to take one more look around to make sure I was maximizing the efficient utilization of my dollars.

Translation … I was looking for cheaper alternatives.

And lo and behold, I found Themis Bar.  But lest you think it was a difficult search, I should point out that there aren’t that many viable options if you want both MBE (Multistate Bar Exam) and Virginia specific material.  BarBri has a complete prep for Virginia, so does Kaplan, and surprisingly enough, so does Themis.

I was already somewhat familiar with Themis.  Like other bar prep companies, Themis offers free goodies to law students in the hope that they will get the bar prep business when the students graduate.  Several of my classmates and I had taken them up on their free MPRE (Multistate Professional Responsibility Exam) prep book and found it very useful.

When I investigated what Themis offered in their complete Virginia bar prep package, it seemed more and more attractive for a variety of reasons:

So I signed up for Themis.  And one of the first emails I received as a Themis customer was an announcement for a contest that Themis offers every year in conjunction with the popular legal blog Above The Law.  Three winners are given their Themis bar prep program for free and are invited to write a series at Above The Law entitled “Bar Exam Diaries” chronicling their bar prep experiences.  Of course I entered.  I did not win.

After feeling briefly disappointed that I would not be getting a refund check for my Themis tuition nor be allowed to write for Above The Law, I decided to go ahead and share my bar prep experiences here on Monachus Lex.  After all, I wrote the very first entries in this blog when I was going through the process of deciding to attend law school, preparing for the LSAT, and dealing with the admission cycle.  It seems only fitting that I should document my final challenge as a law student here as well.

In short, “Countdown to The Bar Exam” is the poor man’s “Bar Exam Diaries.”  It will attempt to share what I experience and learn about the process as I prepare for what I expect to be one of the toughest challenges I have ever faced.

I hope it will end up, in some small way, being a helpful resource for future generations of law school graduates.

In addition, his open carry advocacy has been featured on Nightline and The Daily Show With Jon Stewart.
View all posts by John Pierce →
This entry was posted in Bar Exam. Bookmark the permalink.

1 Response to Countdown to The Bar Exam: Introduction