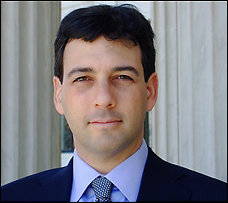 Please indulge me for just a moment as I give a quick recap for those just joining us.

The case is Woollard v. Sheridan and the primary issue is whether or not Maryland’s discretionary may-issue handgun permitting scheme is constitutional.

Underlying that issue is the broader question of whether or not the Second Amendment right articulated in District of Columbia v. Heller extends to “bearing arms” outside the home and, if so, to what extent.

So where are we in answering these questions?  Well … we join this legal battle already in progress.

The first half of this legal football game saw U.S. District Court Judge Benson Everett Legg striking down Maryland’s discretionary may-issue handgun permitting scheme as unconstitutional.  In that ruling, he held that “the right to bear arms is not limited to the home” and declared Maryland’s requirement that applicants articulate a “good and substantial reason” unconstitutional both in general and as-applied to Mr. Woollard.

Attempting to metaphorically recover in the locker room during halftime, Maryland hit the ground running at the top of the second half by immediately declaring their intent to appeal.  Judge Legg responded by granting a temporary stay of his order pending a consideration of arguments for and against the issuance of a permanent stay until such time as the appeal is heard or denied.

The temporary stay order laid out a timeline in which three briefs needed to be filed before he makes his final decision.  The first deadline was April 19th for the state to file their initial brief.  The second was May 9th for the plaintiffs’ response brief .  The third, and final, deadline was May 23rd for the state’s final brief.

This article addresses the state’s final brief which was submitted to the court today.

In the brief, Maryland puts forward the tired and discredited “public safety” argument. Their contention is that A) the General Assembly passed the law claiming “public safety” as their rationale and B) law enforcement likes it and claims it does protect “public safety.”

I suppose now would be a good time to mention the fact,  articulated in the plaintiffs’ response brief, that FBI Uniform Crime Statistics show Maryland with a firearms murder rate that is almost double the national average and which exceeds that of any of its geographical neighbors with liberalized gun laws such as Virginia, Pennsylvania, West Virginia, Delaware, North Carolina and South Carolina.  Amazingly, the state argues that the fact they have an acknowledged crime problem actually supports their position that allowing law abiding citizens the means to defend themselves would decrease public safety.

In order to support this twisted argument, they trot out the VPC “study” of permit holders committing crimes.  The problem?  That “study” has been thoroughly debunked. In fact, many of those the VPC claimed were permit holders were later found to be nothing of the kind.  While the court may take judicial notice of peer-reviewed studies in certain instances, one has to imagine that the fevered imaginings of the VPC staff does not rise to the level of scholarly excellence that Judge Legg would expect of a cited source.

They then move on to make the further outrageous claim that forcing the state to issue permits on a non-discretionary basis, as do the aforementioned neighbors, would result in “devastating consequences.”  Apparently, we are to believe that the law-abiding citizens of Maryland differ from those in the surrounding states to such an extent that the mere possibility of passing a background check and getting a permit would lead to riots, rampant lawlessness, and the breakdown of civil order.

But hyperbole aside, the plaintiffs’ counsel anticipated this line of argument as well.  And as they noted, any costs of obeying the constitution are irrelevant.

“The Court did not ask whether the injunction would inconvenience the state.  Any injunction forces the subject party to do something it would otherwise not do, but the real harm here is the continued deprivation of a fundamental right securing “intangible and unquantifiable interests” in self-defense.”

Maryland then attempts to distinguish the process they would have to go through from that employed in “shall-issue” states.  They claim that the plaintiffs do not understand the “realities of law enforcement” in Maryland.  Apparently, forcing them to maintain the appropriate records to be able to revoke permits in the event that the appeal is successful would be messy, difficult, and might intrude on the rights of those who actually have a “good and substantial reason” as that term is defined by the state.  Since it has historically been a proxy for “politically connected, white, donor,” it is easy to understand why the state would want to protect those they have rewarded.  But that’s the problem.  A discretionary system guarantees that cronyism, racism, bigotry and administrative inertia will all poison the process.

I must admit that I find myself struggling to not write in a sarcastic manner.  But in my defense, the brief is so over-the-top arrogant, while simultaneously managing to describe as inept the state’s ability to accomplish the simplest of administrative tasks, that one can  perhaps forgive my instinctive reaction to mock them.

As for where we go from here, Judge Legg has not given us an exact date by which we can expect his ruling.  However, given the strong pro-constitution language in his original ruling, I anticipate that he will take little time in responding to Maryland’s request for a permanent stay.

Here’s hoping that we soon can welcome Maryland as the newest, albeit reluctant, member of the fraternity of states where the Second Amendment means something.