Maryland to appeal the ruling in Woollard v. Sheridan 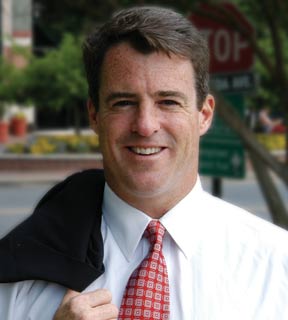 As expected, the Maryland Attorney General’s office has filed a timely notice of appeal in the case of Woollard v Sheridan.

The state had signalled their intention to appeal in a Motion For Immediate Stay Pending Appeal which they filed on March 7th, only days after Judge Legg’s ruling came down.

On March 30th, Judge Legg granted a temporary stay of the ruling in order for both parties to submit briefs regarding the request for a permanent stay.  The temporary stay order requires the state to file their first brief by April 19th.  The plaintiffs will have until May 9th to respond and the state will then have until May 23rd to submit their final brief.  I will share these briefs with you and comment upon the arguments made therein as they are filed with the court.

After May 23rd, Judge Legg will rule on whether or not a permanent stay is appropriate.  Under Federal Rule of Civil Procedure 62(c), a court “may suspend, modify, restore, or grant an injunction on … terms that secure the opposing party’s rights.”  In their motion, the state cites Goldstein v. Miller[1.  Goldstein v. Miller, 488 F. Supp. 156, 172-73 (D. Md. 1980)] for the proposition that a stay should be granted pending an appeal “when the equities of the case suggest that the status quo should be maintained.”

In Masciandaro, the majority held that “the general preexisting right to keep and bear arms for participation in militias, for self-defense, and for hunting is thus not strictly limited to the home environment but extends in some form to wherever those activities or needs occur.”  However, Judges Wilkinson and Duffy, while concurring in the holding, dissented on this point, stating “[w]e do not wish to be even minutely responsible for some unspeakably tragic act of mayhem because in the peace of our judicial chambers we miscalculated as to Second Amendment rights.”

It was this dicta from Masciandaro that the state quoted in their motion, implying that there would be “significant adverse consequences for public safety” if the stay were not granted.  The state is effectively arguing that citizens of Maryland, who are not otherwise prohibited by law from possessing a firearm and who are capable of passing a background check in order to receive a permit to carry a handgun for self defense purposes, are somehow far more likely to commit “unspeakably tragic act[s] of mayhem” than the citizens of the 42 states which do not have such restrictions on permit issuance.

For those who are unfamiliar with the holding in Woollard, it was a challenge to Maryland’s requirement that an applicant for a handgun [carry] permit demonstrate a subjective “good and substantial reason.”  Judge Legg’s resulting opinion contained several important holdings.

Perhaps most portentous, Judge Legg joined with the majority in Masciandaro in holding that “the right to bear arms is not limited to the home.”

Secondly, Judge Legg held that, while permit requirements to carry firearms outside the home are ‘presumptively lawful’ as noted in Heller, such presumptions are challengeable under “a heightened standard of review.”

A licensing or permitting scheme is unconstitutional when characterized by “unbridled discretion” of a government official or agency, which exists “when a licensing scheme does not impose adequate standards to guide the licensor’s discretion.”

As Woollard moves through the appeals process, I would like to believe that we will soon see an end to the “unbridled discretion” that is may-issue across the country.

UPDATE:  The state has filed their first brief and Plaintiffs have filed their response brief

11 Responses to Maryland to appeal the ruling in Woollard v. Sheridan