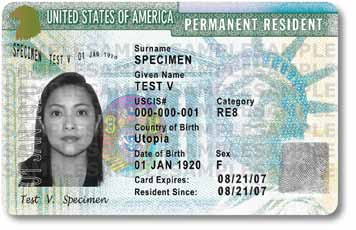 In Fletcher v. Haas [1.  Fletcher v. Haas (D. Mass. Mar. 30, 2012).  Available at http://ia600607.us.archive.org/23/items/gov.uscourts.mad.135876/gov.uscourts.mad.135876.31.0.pdf], the United States District Court for the District of Massachusetts held that Permanent resident aliens are included amongst ‘the people’ as the term is used in the Second Amendment to the United States Constitution.

Here, the applications of both Fletcher and Pryal were denied based upon the citizenship requirement that Massachusetts’ law imposes upon applicants for a firearms identification card.[4.  M.G.L.A. 140 § 129(B)(1)(vii)]

Fletcher and Pryal subsequently raised both equal protection and Second Amendment challenges to the citizenship requirement.  The Second Amendment challenge was based upon the argument that since the firearms identification card is a pre-requisite to simple possession of a firearm in the home for self-defense, any barrier to acquisition of a firearms identification card touches upon what the Supreme Court in District of Columbia v. Heller described as the ‘core’ of the Second Amendment.[5.  District of Columbia v. Heller, 554 U.S. 570 (2008)]

The court spent quite a bit of time on their analysis of the term ‘the people’.  Specifically addressing the historical trend of non-citizens petitioning the government for redress of grievances, they noted that “[o]ther rights guaranteed by the Constitution to ‘the people’ were freely exercised by non-citizens at the time of the founding.”  They went on to point out that the only instance in which the term ‘the people’ was considered by the high court to be synonymous with ‘citizens’ was in the infamous and shameful slavery case of Dred Scott v. Sanford.[7.  Dred Scott v. Sandford, 60 U.S. (19 How.) 393, 404 (1856)]

Having thereby established that aliens with sufficient contacts do generally fall within the constitutional meaning of ‘the people’, they next turned to an analysis of the holding in Heller which the Commonwealth argued could be read to only apply to citizens.  The court found it illustrative that while the opinion in Heller did use varying terms including “citizens,” “Americans,” and “law abiding citizens” throughout, it specifically addressed the question of the scope of the term “the people” and reaffirmed Verdugo-Urquidez by finding that the term “unambiguously refers to all members of the political community, not an unspecified set.” [9.  Heller at 580]

The court also did a rather brief analysis of the post-Heller level-of-scrutiny holdings.  However, the court largely avoided this still-contentious area of jurisprudence by stating that the regulation in question, where lawful resident aliens are concerned, does not pass constitutional muster under any possible standard of review.

And while the court ultimately based its ruling upon the Second Amendment claim, they did briefly touch on the equal protection claim, citing to the Massachusetts Supreme Judicial Court holding in Finch v. Commonwealth Health Ins. Connector Auth. for the broad proposition that “extending fundamental rights to citizens but not to lawful permanent resident aliens would present state equal protection problems subject to strict scrutiny.” [10.  Finch v. Commonwealth Health Ins. Connector Auth., 959 N.E.2d 970, 984 (Mass. 2012)]

One final note of interest for future cases is the fact that, while the issue raised in Fletcher was only firearm identification cards, the final judgment order enjoined enforcement of any citizenship limitation in the issuance of any firearms permits.[11.  See http://ia700607.us.archive.org/23/items/gov.uscourts.mad.135876/gov.uscourts.mad.135876.32.0.pdf]

“Enforcement of Massachusetts General Laws chapter 140,
sections 121-131P against Plaintiffs solely on the basis of their
permanent resident alien status is declared to be in violation of
the Second Amendment to the United States Constitution and the
Defendants are hereby enjoined from denying Plaintiffs Fletcher and
Pryal any firearm permits or licenses on that basis.”

This broad statement not only invalidates the citizenship limitation on the issuance of firearms identification cards for in-the-home purchase and possession but also for the issuance of Class A and Class B carry permits.  [12.  M.G.L.A. 140 § 131(d)(v)]

While Massachusetts still remains one of the more heavily regulated states in regards to gun-rights, this decision is rightly seen as a major victory for law-abiding gun owners nationwide.

Once again, we owe a great debt of thanks to the Second Amendment Foundation for taking the fight to the courts across the nation.  Please give generously so they may continue this vital work.

In addition, his open carry advocacy has been featured on Nightline and The Daily Show With Jon Stewart.
View all posts by John Pierce →
This entry was posted in Massachusetts, Resident Aliens, SAF Litigation, Second Amendment Case Law. Bookmark the permalink.

1 Response to Permanent resident aliens have second amendment rights too