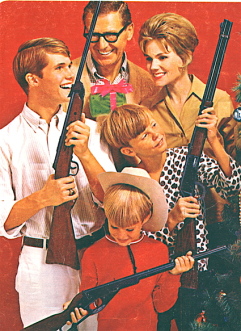 “I would follow what I believe was the original purpose of the Fourteenth Amendment-to extend to all the people of the nation the complete protection of the Bill of Rights. To hold that this Court can determine what, if any, provisions of the Bill of Rights will be enforced, and if so to what degree, is to frustrate the great design of a written Constitution.” – Justice Hugo Black

The landmark ruling in District of Columbia v. Heller that the Second Amendment protects an individual right to keep and bear arms unrelated to militia service failed to directly address the question of incorporation (or whether the right to bear arms applies not only to the federal government but also to the states). For a more complete understanding of incorporations, see my earlier article “Incorporation 101: The Second Amendment is no good here”.

In Footnote 23 of the Heller decision, Justice Scalia acknowledged the need to resolve the issue of incorporation when he commented that while United States v. Cruikshank and its progeny Presser v. Illinois and Miller v. Texas all held that the Second Amendment applies only to the federal government, Cruikshank also held “that the First Amendment did not apply against the States and did not engage in the sort of Fourteenth Amendment inquiry required by our later cases.” The implication to be drawn from this comment was a willingness on the part of the Court to entertain a Second Amendment incorporation challenge based upon current Fourteenth Amendment jurisprudence.

And true to their word, the Supreme Court granted certiorari in the case of McDonald v. Chicago to resolve the question of Second Amendment incorporation, setting the stage for a second seminal Second Amendment ruling in as many years.

Today, we received that long-anticipated holding.

As expected, the opinion, written by Justice Alito, holds that the Second Amendment DOES in fact, incorporate against the states through the Due Process Clause of the 14th Amendment.

In using the vehicle of the Due Process Clause, the court evaluated the place of firearms in the history, tradition and practices of our nation and their place in ordered liberty. In a quote destined to be repeated many times, the court noted that “Self-defense is a basic right, recognized by many legal systems from ancient times to the present, and the Heller Court held that individual self-defense is “the central component” of the Second Amendment right.”

Alito also went out of his way to note that the ruling in Heller was NOT limited to the home but that the home was merely the place where the need for self-defense is the most acute. This portion of his opinion seems to set the groundwork for future cases covering the ‘bear’ portion of the right to keep and bear arms.

It is also illustrative (but not surprising) to note that Justice Sotomayor, who had argued so strenuously during her confirmation hearings that she had only ruled against gun rights in the case of Maloney v. Cuomo because she was bound by the ruling in Presser, joined in Justice Breyer’s dissent.  See my analysis of her record in my previous article “Giving Sotomayor a fair hearing.”

So where do we go from here?

What will the McDonald ruling mean for most states? In my opinion, it will mean very little for the majority of states (which regulate with a light touch). Minnesota for example, which has state preemption of firearms laws, offers carry permits, and does not put significant roadblocks in the path of purchase, possession or transportation would likely not see any successful Second Amendment challenges to the laws as written.

States such as New York, New Jersey, Maryland (most of the Northeast in fact), Hawaii and California should all expect challenges to their individual draconian laws.

As for Otis McDonald and the hapless Daley administration of the city of Chicago, the case has been remanded to the 7th Circuit for review consistent with today’s holding.

In addition, his open carry advocacy has been featured on Nightline and The Daily Show With Jon Stewart.
View all posts by John Pierce →
This entry was posted in Incorporation, SAF Litigation, Second Amendment Case Law, United States Supreme Court. Bookmark the permalink.