A modest proposal about alcohol and guns 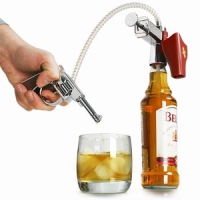 A change in Tennessee law to allow handgun carry permit holders to bring their firearms into restaurants that serve alcohol went into effect today despite the feverish efforts of gun control advocates to stop it by seeking an emergency temporary injunction from a Tennessee judge.

While the judge did not grant the injunction, she did order a hearing within 90 days to discuss what gun control advocates claim is the lack of clarity in the law regarding the definition of a bar vs a restaurant.

As usual, the gun control crowd resorted to the same tired rhetoric, claiming that tourists would shun Tennessee because of the fear of “Wild West” shootouts in Nashville’s honky-tonk bars.

What they failed to mention however is that, in the vast majority of states, it is already legal for carry permit holders or legal open carriers to bring their firearms into restaurants that are licensed to serve alcohol and in these states, none of these ludicrous scenarios have come to pass. 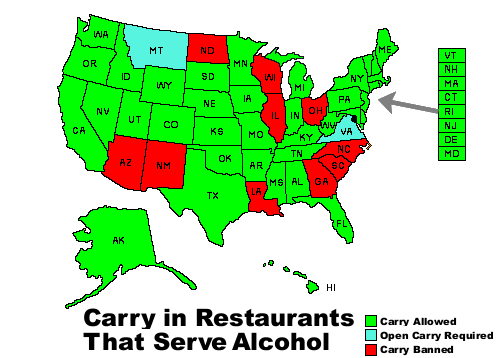 Furthermore, their dire predictions of blood running in the street seem particularly hypocritical coming from legislators who consistently support the alcohol-fueled restaurant and hospitality industry in a state which has an alcohol-related traffic fatality rate far exceeding the national average.

As a matter of fact, statistically speaking, during the day yesterday, while guns were being painted as a threat to tourism, 1.3 Tennesseans died in alcohol-related automobile accidents. I wonder if any of them were caused by a driver who had just left one of Tennessee’s prized “tourist attractions”? 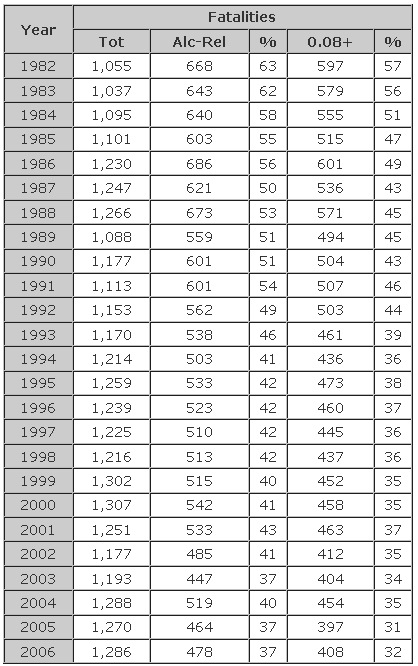 You know, in 2008, Virginia was considering a similar change to their concealed carry law and I pointed out the fact that alcohol deserves far more regulation than guns given the terrible impact that alcohol has on our society. I put forward a satirical “modest proposal” of sorts to the restaurant and hospitality industry and I think that a rehashing of those entertaining ideas might be in order for their counterparts in Tennessee.

After all, in their pleas for an injunction to stop this new law they have repeatedly pointed out the dangers of alcohol and how they feared that adding guns to the mix could exacerbate these dangers. I am surprised but encouraged to see that Tennessee’s restaurant owners clearly understand the threat to their communities that is posed by the easy availability of alcohol in restaurants.

Why … even those who are prohibited by law from purchasing alcohol (minors) are easily able to procure it by simply having an older friend order it for them in what I am told is called a “straw purchase“.

Consumption of alcohol is a threat that costs hundreds of innocent lives every year in Tennessee, many of them children. We must stop giving in to the alcohol lobby and enact reasonable restrictions on the sale of alcohol for outside the home consumption!

As you are no doubt aware, there are many Tennesseans who would never dream of being seen in a honky tonk. However, the hospitality industry has found a way to peddle their poison to these people as well by licensing so called “family” restaurants to serve alcohol. What better way to indoctrinate children into the cycle of alcohol dependence than to see mommy and daddy knocking back a few Long Island Iced Teas on a night out with the kids. But don’t forget dads … “Just because you are really buzzed, it doesn’t mean that little Timmy can drive you home.” This travesty is known as the deadly “restaurant loophole”.

In data released by the National Highway Traffic Safety Administration, a full 37% of all traffic crashes in Tennessee in 2006 were alcohol related and this is down from a high of 63% in years past!  And yet, at restaurants all over the state, with the parking lot full of Automatic Assault Weapons (also known as cars), waiters and waitresses are allowed to serve alcohol to the operators of these vehicles while they are in possession of “concealed car keys”.

Now, I am not suggesting that we ban alcohol. I support the sporting uses of alcohol in the home where a person is no danger to the innocents on our roads and highways (so long as alcohol is stored in such a way as to be inaccessible to children). But I think that reasonable people can agree that to allow a person to consume alcohol, knowing that they have to drive home, is irresponsible in the extreme.

Seeing these numbers and the very real impact their businesses have on the lives of innocent Tennesseans and knowing how the owners of these restaurants feel about their duty to their communities, I have no doubt that they will be glad to support legislation banning alcohol sales in restaurants. After all, this is not the “Wild West”.  We do not need saloons on every corner.

As a survivor of “alcohol violence” myself, I ask this of the Governor, the legislature and of the owners of Tennessee’s many fine restaurants. If only one life can be saved, then will it not be worth it? Do this for Tennessee’s families! Do this for the children!

In addition, his open carry advocacy has been featured on Nightline and The Daily Show With Jon Stewart.
View all posts by John Pierce →
This entry was posted in Guns & Alcohol, Tennessee. Bookmark the permalink.