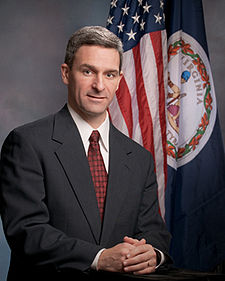 In response to an inquiry by Senator Emmett W. Hanger, Jr. (R – District 24), on July 1st Virginia Attorney General Ken Cuccinelli issued an opinion  addressing the constitutionality and validity of a University of Virginia policy banning  the “possession, storage or use of any firearm, weapon, ammunition, or explosives within any University facility by anyone, except a law enforcement officer, without the prior written permission of the University’s Chief of Police.”

In the opinion, Attorney General Cuccinelli distinguished his analysis between the constitutional right to open carry and the statutory privilege granted by a concealed handgun permit.

However, the key distinction between the regulation at issue in DiGiacinto and UVA’s policy is a matter of administrative law.  In Virginia, regulations are promulgated via the due process protections in Virginia’s Administrative Process Act, and when properly promulgated have the force and effect of law.  Policies on the other hand do not have the force of law nor can they survive a direct conflict with a regulation or a statute.

In DiGiacinto, the regulation, having been properly promulgated and having the full force and effect of law, triggered the prohibition in 18.2-308(o):

However, the UVA policy, not having the force and effect of law, does not trigger any statutory prohibition.  Failing such a finding, it is to be assumed that the General Assembly intended the privilege granted by the concealed handgun permit to supersede any such policy.

As Attorney General Cuccinelli noted,  “[t]he clear intent of the General Assembly is to allow concealed handgun permit holders to carry handguns only in areas where it has not specifically prohibited the carrying of handguns.”

Disappointingly, the opinion simultaneously held that such a policy, developed subject to the powers statutorily granted to UVA to formulate such policies, and sufficiently narrowly tailored, would prohibit the open carry of firearms, even by permit holders, subjecting offenders to possible trespassing charges.

It is interesting to note that Attorney General Cuccinelli, who was criticized by some for his office’s defense of GMU in DiGiacinto, took the opportunity to make a pro-gun editorial comment in the UVA opinion.

The lesson to be taken from both DiGiacinto and this opinion is that preemption needs to be expanded to cover agency action.  I expect that this will be a continuing goal of the Virginia Citizens Defense League in 2012.

In addition, his open carry advocacy has been featured on Nightline and The Daily Show With Jon Stewart.
View all posts by John Pierce →
This entry was posted in Administrative Regulations, Campus Carry, Concealed Carry, Open Carry, State Laws, Virginia. Bookmark the permalink.