JMU Board of Visitors moves forward on weapons ban regulation 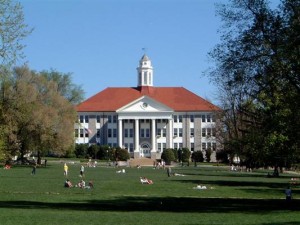 During a Friday April 15th 2012 meeting, the Board of Visitors of James Madison University, located in Harrisonburg, Virginia, voted to promulgate a regulation banning weapons on campus.

While the exact text of the proposed regulation has not yet been released, it reportedly closely mimics the policy previously in effect at JMU.

In replacing their policy with a promulgated regulation, JMU joins the over half-a-dozen other Virginia colleges and universities that have moved to replace policies with regulations following the opinion by Attorney General Cuccinelli that policies have no force against permit holders whereas regulations, which have the force and effect of law, trump Virginia’s concealed handgun permit law.  Attorney General Cuccinelli based his opinion on the holding in DiGiacinto v. Rector and Visitors of George Mason University and § 18.2-308(o) of the code of Virginia which states:

Tomorrow’s column will feature proposed legislation to accomplish these goals.

In addition, his open carry advocacy has been featured on Nightline and The Daily Show With Jon Stewart.
View all posts by John Pierce →
This entry was posted in Administrative Regulations, Campus Carry, Virginia. Bookmark the permalink.