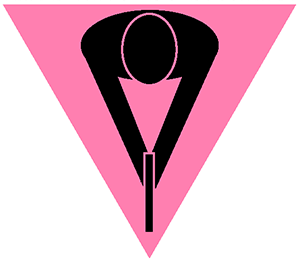 As if same-sex couples were not faced with enough social and legal bigotry, the so-called ‘Universal Background Check’ bill being pushed by Democrats adds the threat of being made a felon for simply going on a long business trip.

The answer is simple. It is possible because the bill is not what it appears to be. Contrary to the rhetoric being mimicked by the media, it is far more than a mere extension of background checks to private sales.

The bill being pushed by Democrats requires background checks and documentation for all ‘transfers’ of firearms, not merely sales. And they define ‘transfers’ expansively to include practically any situation in which a firearm might be out of your control, even for a second.

Specifically, it addresses the issue of transfers between those living within the same home where the two parties are not ‘spouses, parents and their children, siblings, or grandparents and grandchildren’.

And because of DOMA, the federal government does not recognize same-sex marriages even if the couple live in a state which has recognized their right to marry. Therefore, they cannot avail themselves of the exception for spouses.

The bill does have another exception that might apply.  It allows such transfers if ‘the firearm is not removed from the home’ and ‘ the transfer has a duration of less than 7 days.’

So … the consequences of this bill begin to mount.

Under this bill, same-sex couples could no longer jointly own a firearm. And if the partner who has ‘legal’ ownership of the firearm were to leave town on a business trip that ultimately lasts more than 7 days then both partners would be felons!

Even if the business trip lasted fewer than 7 days, if the partner remaining in town decided to go to the shooting range, they would both be felons!

Unmarried heterosexual couples are similarly affected as are step-children.

And it gets even worse.  Other felonies created by the bill include:

The real intent of this bill is not to close some imaginary loophole.  Rather, it is to make it so legally dangerous to own a firearm that people will give up their rights rather than attempt to comply.

Don’t believe me? Read the bill yourself and then tell your Senators and Representatives to vote against this discriminatory bill!

In addition, his open carry advocacy has been featured on Nightline and The Daily Show With Jon Stewart.
View all posts by John Pierce →
This entry was posted in General Civil Rights, Universal Background Checks. Bookmark the permalink.