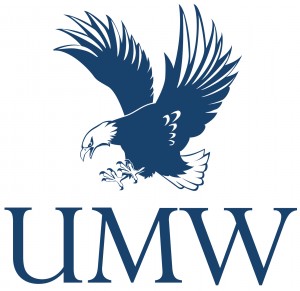 “Because professors, staff and students are precluded from protecting themselves on campus, Cho, a student at Virginia Tech himself, was able to simply walk on campus and go on a killing rampage with no worry that anyone would stop him.”

Located in Fredericksburg Virginia and with campuses in Stafford and Dahlgren, the University of Mary Washington is undeniably part of Virginia’s strong commitment to excellent public colleges and universities.

Unfortunately, UMW (which prides itself on being named after the mother of George Washington), has joined many of Virginia’s other fine public institutions in the very un-American act of rendering adult students, faculty, and staff defenseless.

In today’s Virginia Register, UMW’s finalized campus gun ban was published (putting it into full force and effect).  Codified at 8VAC55-10 through 8VAC55-30, the prohibition reads:

8VAC55-10-10. Definitions.
The following words and terms when used in this chapter shall have the following meanings unless the context clearly indicates otherwise:

“University property” means any property owned, leased, or controlled by the University of Mary Washington.

“Weapon” means any (i) pistol, revolver, or other weapon designed or intended to propel a missile of any kind; (ii) any dirk, bowie knife, switchblade knife, ballistic knife, razor slingshot, spring stick, metal knucks, or blackjack; (iii) any flailing instrument consisting of two or more rigid parts connected in such manner as to allow them to swing freely, which may be known as nun chahka, nun chuck, nunchaku, shuriken, or fighting chain; or (iv) any disc, of whatever configuration, having at least two points or pointed blades that is designed to be thrown or propelled and that may be known as throwing star or oriental dart.

8VAC55-10-20. Possession of weapons prohibited.
Possession or carrying of any weapon by any person, except a police officer, is prohibited on university property in academic buildings, administrative office buildings, student residence buildings, dining facilities, or athletic facilities or while attending sporting, entertainment or educational events. Entry upon the aforementioned university property in violation of this prohibition is expressly forbidden.

8VAC55-10-30. Person lawfully in charge.
In addition to individuals authorized by university policy, University of Mary Washington police officers are lawfully in charge for the purposes of forbidding entry upon or remaining upon university property while possessing or carrying weapons in violation of this prohibition.

UMW joins the over half-a-dozen other Virginia colleges and universities (including Radford, JMU, and VA Tech) that have moved to promulgate regulations following the opinion by Attorney General Cuccinelli that regulations, which have the force and effect of law, trump Virginia’s concealed handgun permit law.

Attorney General Cuccinelli based his opinion on the holding in DiGiacinto v. Rector and Visitors of George Mason University and § 18.2-308(o) of the code of Virginia which states:

It is truly sad that an institution named after George Washington’s mother has chosen to follow the same path our founding fathers struggled against.

In addition, his open carry advocacy has been featured on Nightline and The Daily Show With Jon Stewart.
View all posts by John Pierce →
This entry was posted in Abuse of Discretion, Abuse of Power, Administrative Regulations, Campus Carry, Virginia. Bookmark the permalink.

10 Responses to University of Mary Washington finalizes their gun ban